Singer (male) , Dutch
The artist is residing in Hilversum 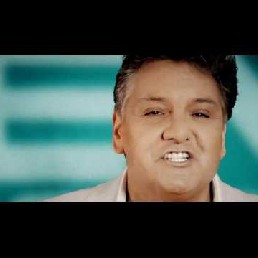 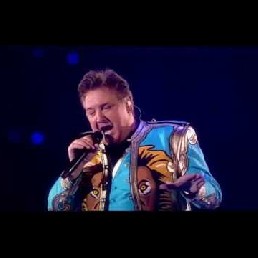 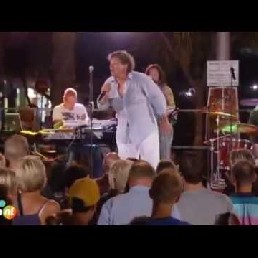 A performance of René Froger books means an evening of singing, swinging and enjoying. His specialty is to make every performance a big party. You're guaranteed to have a great time!

As a young man he won a talent contest and as a prize he was allowed to compete with Ted de Braak and Mini & Maxi. In 1979 he recorded his first song, "Disco a la carte".

How it started
Froger was born and grew up in the Jordaan district of Amsterdam. His father, Jan Froger, had a café in the Staatsliedenbuurt. Just like his musical parents, who performed as the Duo Jan & Mien, Froger started singing in his father's cafe as a child.

In the spring of 1987 René released his first real single, titled: Love Leave Me. The then popular Veronica dj's Erik de Zwart and Adam Curry are fans from the very beginning. When Adam Curry says goodbye to the Netherlands, René Froger sings the song Winter in America in the television show Countdown. It's René's tv debut and gives him his first Top 5 hit. In 1988 René Froger's debut album was released, titled Winter in America: Who Dares Wins. The album became gold, which at that time meant that 50,000 of them were sold. Although René focuses on English songs, he made an exception for the Colombine Foundation in 1989. With the charity he records the song Alles Kan Een Mens Gelukkig Maken (A House of One's Own). The single storms the charts and is number 1 for weeks. It means René's definitive breakthrough.

From the café to Carré
"Thank you for attending the greatest moment of my life..." These words were spoken by René in the Carré theatre on 3 December 1990 during the intro to This Is The Moment. It was his first milestone and the singer who began his musical career in his parents' cafe said: "My career has actually already succeeded". At that moment he obviously has no idea what will follow.

He scores hit after hit, including: Are You Ready For Loving Me, Just Say Hello and Nobody Else. In November 1992, René performs in Ahoy' Rotterdam for the first time. He'll never make it,' it sounds from different angles, but the popular singer sells out completely for three evenings. The album Sweet Hello's & Sad Goodbyes, also released around that time, sells more than 50,000 copies. The album The Power of Passion, released a year later, also scores very well with the hit singles Calling Out Your Name and Why Are You So Beautiful

10 x Ahoy and the tub
In 1994 René is back in Ahoy'. No less than ten evenings the singer filled the Rotterdam concert hall to the brim. An absolute record. Because even after those ten concerts there are still people queuing for tickets, it was decided to do the Rotterdamse Kuip the following year. René gives two legendary shows there for a total of 120,000 spectators. It doesn't seem to be possible, but there are a few less years to come for the singer. Privately there are setbacks to deal with and cd moderately it doesn't go well either. Nevertheless, the series of concerts René gives in Ahoy' again in 1998 is a great success and he does a tour of all the major venues in the Netherlands. Again he effortlessly sells 120,000 tickets in a short time.

In 2000 he returned to the Kuip to climb the stage in Ahoy' again in 2001. His album Internal Affairs is high up in the charts and René gets a big and admiring applause from the audience for his perseverance.

After this overwhelming success, René can't resist doing Ahoy' again in 2002. The Show Of The Year 2002 distinguishes itself from its previous prestige production by a different stage setting: in the round. A big surprise is the musical get-together with his parents Bolle Jan and Mien Froger. Together with Lee Towers René brings an ode to Las Vegas and with Carel Kraayenhoff he performs the sensitive Love of Later.

Rene Froger
De Nacht Is Mijn Leven
Do you have a question or wish regarding the repertoire? Mention it in your request.

Hire or book Rene Froger is best done here via Showbird.
This act is suitable for event types:
Wedding Birthday Celebration / Jubileum Student party Sports event Funeral Business party Reception Fair / Congres Opening Horeca line-up Festival Shopping / Market Holiday / Local feast
You have 1-on-1 contact with the artist
or his/her personal manager.
Do you have a question about this act?
Pose it in your request for the artist.