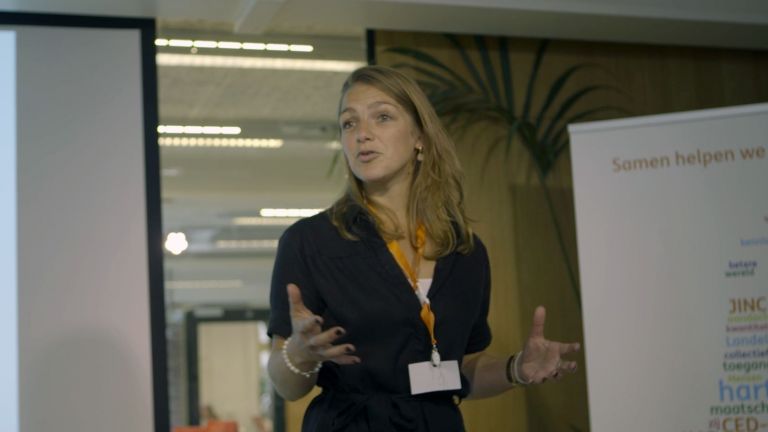 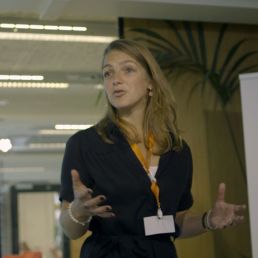 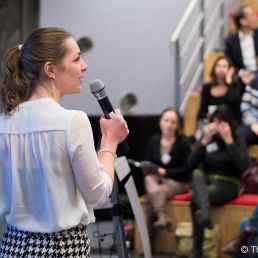 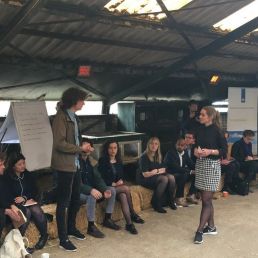 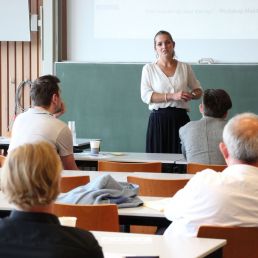 Maaike de Reuver acts as moderator, panelist or chairman during events, meetings or brainstorming sessions in the field of food and drink. Declared 'Women to Watch', Maaike makes the difference between an average event and an event that stays with you. As an experience expert, Maaike knows better than anyone what it's like to be on a stage in front of a large audience. She is a pleasant, enthusiastic person who manages every event in a light-hearted but professional manner within the agreed time frame. With a big smile on her face she takes the lead, asks the right questions and creates the interaction between the audience and the stage.

During her Philosophy studies she founded WE CANTEEN, a catering concept that turns traditional company catering upside down. WE CANTEEN transforms traditional company restaurants into food courts where the supply is provided in cooperation with local entrepreneurs. To this day, WE CANTEEN is one of the most popular catering concepts in the Netherlands. Over 400 local entrepreneurs have now joined the company. Guests enjoy the local offerings of WE CANTEEN on a daily basis in the business premises of TomTom, at the University and Hogeschool of Amsterdam and at the WTC Amsterdam. The company has won several innovation awards. Among other things, the concept was proclaimed the most innovative catering concept in the Netherlands and Maaike was named one of the most influential people in Dutch catering.

In 2014 WE CANTEEN merged with D&B The Facility Group. Maaike stayed on as founder, until she decided in 2016 to end her daily activities and start doing business again. She is still involved as an advisor and inspirer for WE CANTEEN. Maaike de Reuver acts as speaker/day chairman, advises and inspires various companies in the food service sector and is a food columnist for various online and offline media channels.

3x4 meters free, other supplies depending on the space