Musician other
The artist is residing in Maassluis 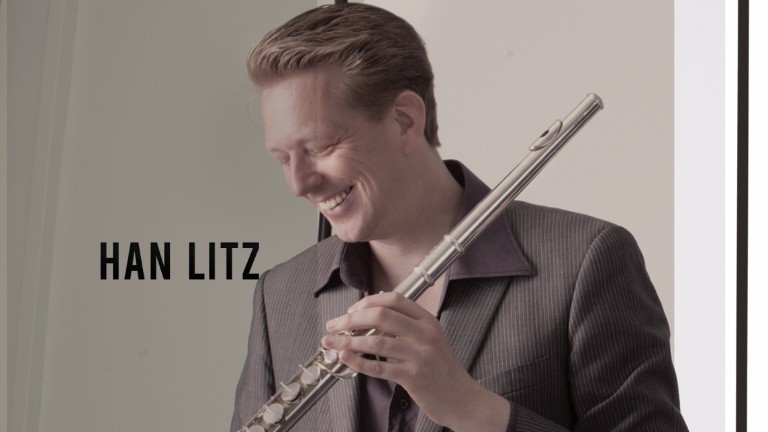 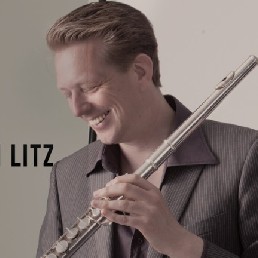 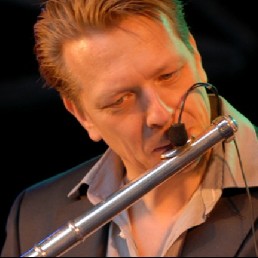 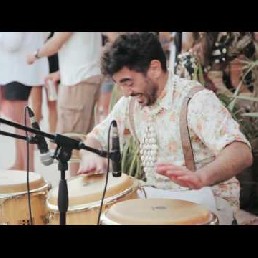 Not only his enormous experience, but also his unique sound, make Han Litz's performances pure enjoyment. His broad smile, charm and friendly appearance make that Han Litz is often asked back for performances solo or in combination with DJ's and/or other musicians. Book one of the most versatile flautists in the Netherlands now at Showbird.

From orchestrated jazz to soulful house, Litz has had his flute 'grow' and he can be heard regularly in clubs, at festivals and at events. Litz has a broad orientation and as a flutist he likes to find the crossover between jazz and club music. During a full part of the day this 'samba jazz funk flutist', as he is usually called, will give your event a good vibe

The given price is based on a minimum of 4 acts of about 20 minutes but with a wink Han Litz will be back on stage or at the entrance to provide a warm musical blanket. This price is indicative and includes an All Round/Jazz-Lounge DJ further including a DJ set and a sound set up to approximately 400 visitors.

If you want to give the performance more dynamics, extra musicians can be booked such as percussionists, saxophonists, trumpet players and/or vocalists. The surcharge for extra musicians is € 450 per person for a part of a day of 4 hours.

For a full day program you charge € 100 per hour, per musician. If you have other wishes, please let us know in the application!

At the age of three Litz already fell in love with the flute. He had to wait ten years before he had one of his own, and a few more years before he heard jazz on the radio for the first time, which hit him like a bomb. In the nineties, after being in the tipparade (no.7) with 2 Bass Hit, he graduated cum laude from the Amsterdam Conservatory and continued his musical path with a number of bands: the broken-beat groovers Flowriders (now Seravince), the Kindred Spirits Ensemble, the Coltrane re-arrangers and the DJ collective Supa Dance Jam. He performed with artists like Louie Vega (MAW), DJ Maestro (Blue Note, BNR news radio), Jazzanova, Arthur Verocai, members of New Cool Collective, Zuco 103 and Osunlade. Litz is the founder and one of the leaders of the funky Brazilian group Lex Empress & The Royals, which has had a monthly residence on the Amsterdam city beach Blijburg since 2006.

Hire or book Han Litz JCC (flute + DJ + DJ equipment) is best done here via Showbird.
The artist is residing in Maassluis
See all acts of this artist