Accordionist
The artist is residing in Bedum 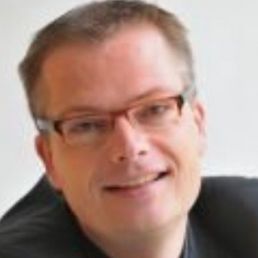 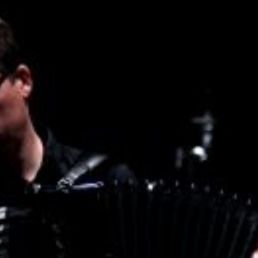 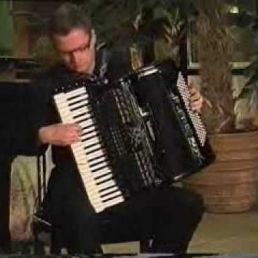 Ever since Gertie Bruin was 7 years old he has been playing the accordion. With a broad repertoire, Gertie Bruin always provides the right atmosphere at every event! Book Gertie Bruin now at ShowBird!

The accordion is the most recently developed Western acoustic musical instrument. A very versatile instrument, both in terms of its repertoire and the role it can play (accompanying or solo). Original compositions that make optimal use of the accordion come exclusively from the 20th and 21st century. More and more contemporary composers are discovering the many possibilities of the instrument

As an accordionist, I can offer you the following programs:
- Program 'Dutch Touch
In the Dutch Touch programme, new Dutch compositions are played with supporting film footage by video artist Roger Muskee. In this performance are played a.o: VE-Dances by Renske Vrolijk, 'without title' by Joost van Balkom, Detecting Mr. Brown by Arnold Veeman.

If desired, the contemporary programme can be combined with works by Johann Sebastian Bach, Domenico Scarlatti and Astor Piazzolla, among others.

Gertie Bruin started playing the accordion at the age of 7. He studied classical accordion at the conservatory and obtained the diplomas Teaching Musician and Performing Musician at the Enschede Conservatory with Egbert Spelde in 1995 and 1997 respectively. During his studies he followed master classes with several pioneers in the field of accordion, including Mogens Ellegaard and Mie Miki. In the meantime he had also started to study Theory of Music, which he completed in 1999 at the conservatory of Groningen with Johan de With. Gertie Bruin teaches accordion at various music schools.

Hire or book Gertie Bruin Accordion is best done here via Showbird.
This act is suitable for event types:
Wedding Birthday Celebration / Jubileum Business party Reception Opening Horeca line-up Shopping / Market Holiday / Local feast
You have 1-on-1 contact with the artist
or his/her personal manager.
Do you have a question about this act?
Pose it in your request for the artist.