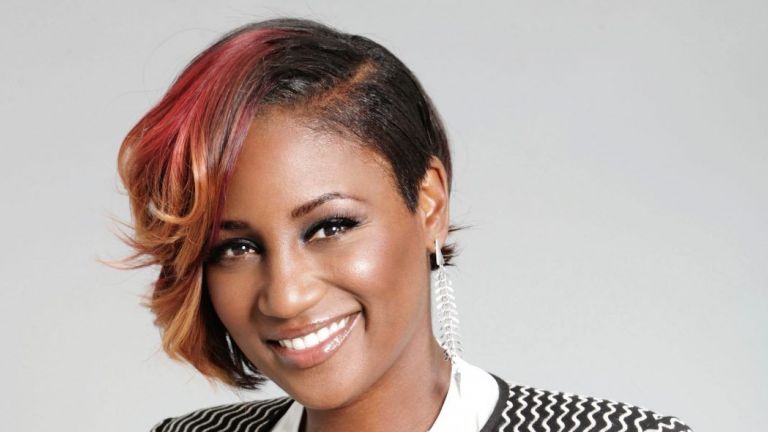 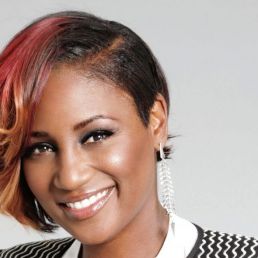 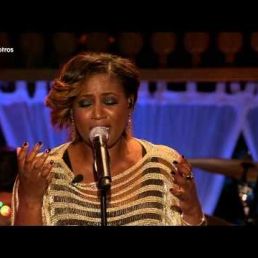 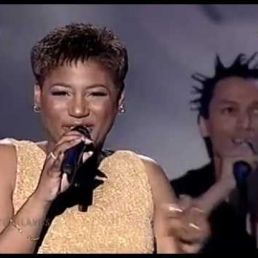 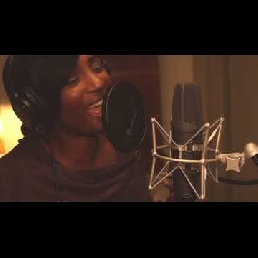 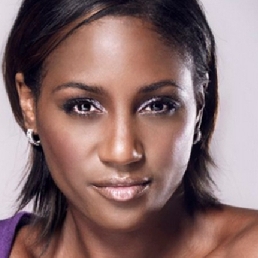 Edsilia Rombley, one of Holland's very best singers. With her beautiful voice she amazes her audience every time and leaves an unforgettable impression. Do you want to make your party or event an ultimate success? Then book Edsilia Rombley via Showbird.

Whether she sings R&B, Jazz or Pop, Edsilia moves heaven and earth with her beautiful voice at every event. She is more than a talented singer, she also has a personality with which she always manages to win over her audience. Edsilia is one of the most versatile artists and sings from soul, jazz and R&B, up tempo to ballads, in Dutch and English. A performance by Edsilia Rombley is an evening full of energy, beautiful songs and a lot of interaction with the audience.

Would you like to book Edsilia Rombley for your party or event?
The given price is based on a performance of half an hour and is excl. 7% BUMA (if applicable). Leave your specific wishes in the request!

Edsilia has been on stage without interruption for more than 23 years now, which makes Edsilia a singer of unprecedented high level. Ever since Edsilia Rombley entered the Eurovision Song Contest for the Netherlands in 1998, she has been loved throughout the Netherlands. With the song 'Heaven and Earth' she achieved the greatest success since 1975 at the European Singing Competition. After this successful adventure, Edsilia released two English-language albums. Edsilia' in 1998 and 'Face to Face' in 2002, with the last album also being released in Germany

In 2007 Edsilia changed tack and the singer released the Dutch album 'Meer Dan Ooit', which was well received by the Dutch public. In that same year she participated in the Song Contest for the second time with the song 'Nooit Meer Zonder Jou'. Besides singing, the singer also presents. In 2009 Edsilia successfully presents the very first season of 'Best Singers of the Netherlands'.

In 2013 Edsilia Rombley will release the album 'Sweet Soul Music' with the Metropole Orchestra. The album consists of new versions of well-known and lesser known soul classics and came 7th in the Album Top 100. She also did a theatre tour throughout the Netherlands with this album

In 2014 Edsilia started a new adventure when she performs as one of the Ladies of Soul in a sold out Ziggo Dome. Together with Berget Lewis, Candy Dulfer and Glennis Grace they turn the concert hall upside down several times a year. That year she also participates in the TV show 'Best Singers of the Netherlands'. Her version of the song 'Van Jou' by Xander de Buisjonjé will be on first place in iTunes within 24 hours.

2017 is a high point for the singer as she celebrates her 20th anniversary with a jubilee concert in Royal Theatre Carré. All the beautiful moments of her career will pass by, ranging from soul and pop music to Dutch-language hits and quiet ballads. She will also dance in 2017 together with cabaret performer Roué Verveer in the third season of the TV programme 'Dance Dance Dance'

That her career is far from over after the 20th anniversary is evident when Edsilia is in a sold out Ziggo Dome in 2019 with the Ladies of Soul for the fifteenth time. In that same year Edsilia starts a new theatre tour 'The Piano Ballads & More'. The show originated from the album ' The Piano Ballads Volume II', which Edsilia released in 2018, and consists of alternating own songs and covers in a special setting. She can also be seen on TV again as a member of the jury at the TV show 'It Takes 2'

In 2020 Edsilia would perform for the first time with a solo concert in the Great Hall of the Concertgebouw. Because this concert could not take place due to the corona crisis, Edsilia turned it into a live online concert in an empty Concertgebouw. With Stephan Geusebroek and Michiel Borstlap on the piano, she even managed to enchant her audience online with her special voice and warm personality. In the same year Edsilia would come full circle when Edsilia would present the Eurovision Song Contest together with Jan Smit and Chantal Janzen! The event that would be held in Rotterdam in 2020 was postponed to 2021 because of the corona crisis. As a replacement Edsilia will therefore present an alternative song festival programme in a TV studio together with Jan and Chantal. In May she will also present the TV programmes Best Song Contest and Best Singers Musical.