Band , Pop/Rock
(8 reviews)
The artist is residing in Den Haag 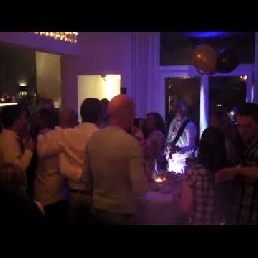 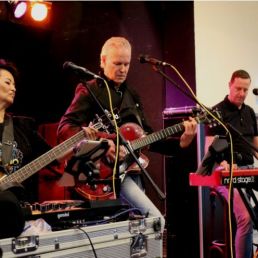 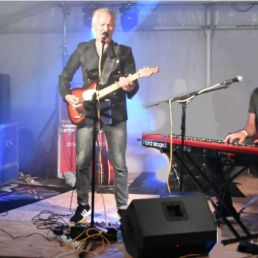 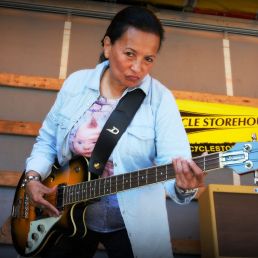 Cover band party band for your birthday, wedding, corporate party or anywhere a good band is desired. Music from the 70's to the present
Come and see the band live on a Wednesday evening in The Hague. Coffee is ready!

Do not be fooled by the price tag because this band can easily be called 1 of the best bands in the Netherlands. Cheerful music for all ages where the word danceable is highly valued
In the years they have been around they have performed just about everywhere in the Netherlands and far beyond with great success. Calling some venues such as de Goede Liede in Vijfhuizen or any other venue where we have performed gives a good idea of how the band sounds and interacts with the audience
In dealing with the audience and the professional way of working you notice that this top band is very experienced
What makes this band different from other bands? The sound is fantastic, it never gets noisy or too crowded. The way they work is unique, they do not use a live drummer because they want to be able to control the sound at all volumes. Still, this band sounds like a complete live band in all aspects. No synthetically pre-programmed drums as is common especially with keyboard duos but live played-in drums recorded on a looper. This still allows for improvisation while playing.
Ed Sheeran is a great example of how to work with a looper
Seeing is believing but this sounds really good

Music including David Bowie, Golden Earring, Stevie Wonder, Trammps, Herman Brood, Beyonce, Chic, Wild Cherry, Amy mcdonald, Stray Cats, Rolling Stones, U2, ACDC etc. etc. etc..
How about a tribute set to deceased artists such as Prince, Leonard Cohen, Freddy Mercury, Herman Brood, The Lau, David Bowie etc.? That always hits the spot
The advantage of this band is that all youtube movies are real recordings. In fact, most bands record a nice video and have a studio track playing in the background which makes it seem like a very good band but nothing could be further from the truth.
With Ziggy Stardust Experience you can always drop by for a live concert sometime after registration.
If this is not possible because of distance, there is also the possibility of setting up a facetime session. Either way, you will not be disappointed by this fantastic band....
Currently the band is only available in duo form due to illness of the bass player. Possibly (if booked well in advance) an English bassist can join who is known from artists such as Robbie Williams, Wet wet wet, Boyzone, etc....
By the way, an extra bass player is not necessary at all. The sound is just right and Roy plays perfect bass on his North Stage Piano/synthesizer.

Wild Cherry
Play That Funky Music
Do you have a question or wish regarding the repertoire? Mention it in your request.

As a surprise act for Peter's birthday, what a great night we had especially because of this fantastic performance, so professional and quality, could not have made a better choice, only compliments from our guests they made our party ?

Contact went well. Artist is very flexible, amplification was well adapted to the location. The choice of music was made in consultation and turned out very well. Nothing to complain about!

Online performance for charity. Time stood still for a moment. The performance was great and the repertoire was a big hit. As soon as this bloody corona is over we will invite the band for a real face to face live performance. Highly recommended and this is the first band to combine old-fashioned craftsmanship with modern technology

Robert gave us a fantastic afternoon with his singing and music. Extensive repertoire of rock but also danceable music. Definitely worth repeating!

Robert: it was a fantastic gesture and a wonderful performance!

Coronacrisis, about 150 70+ people who are plummeting behind the geraniums. You don't have any money, but you do have a turret with a roof terrace. So what do you do? Solo artist Robert questions, right?! Very kind, patient, because it has to be with nice weather and when the day arrives ... A splashing performance under the hot sun. Nice playlist of 60-70'ies and of course OhOh The Hague, because we are in the middle of that center. Robert: it was a fantastic gesture and a great gig!

When I heard that Robert was going to perform mostly covers, I was hesitant. My doubts were quickly washed away because he has such a unique and entertaining personal style, that he can give the original artists a run for their money, regardless of genre. Working with him was easy, and watching him performing is truly entertaining.

What a lovely band!

All appointments were well fulfilled and communication was very fast and good We could have a look at the rehearsals we enjoyed In short, a great relaxed band and good quality band that made a big contribution to the success of our party. There was a lot of dancing and the songs fitted our taste. In short, great!

It was a fantastic performance

It was a fantastic performance. Everyone was very enthusiastic and we will definitely ask Robert again.

Hire or book Coverband Ziggy Stardust Experience is best done here via Showbird.
This act is suitable for event types:
Wedding Birthday Celebration / Jubileum Student party Sports event Business party Fair / Congres Opening Horeca line-up Festival Shopping / Market Holiday / Local feast
You have 1-on-1 contact with the artist
or his/her personal manager.
Do you have a question about this act?
Pose it in your request for the artist.