The End of Online Shopping

Speaker , Economics/Politics
The artist is residing in Wijk bij Duurstede 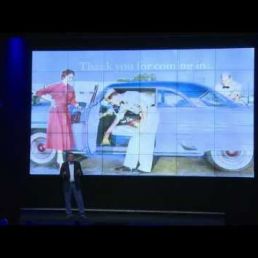 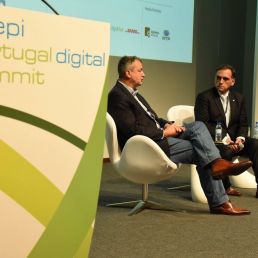 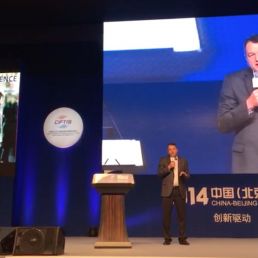 A stage, beamer and audiovisual equipmen

There is a lot of unrest in the retail world. Shoppers with a new shopping-dna come to the shops. A new economic paradigm of four new economies is changing the world of retail: the smart economy, the sharing economy, the circular economy and the glocal economy. New shopping ecosystems become dominant retail players. For local retailers it is a prisoner's dilemma: do you participate or not? Business models are changing and new players are storming the market. Will online shopping come to an end?

Wijnand Jongen (1959) is one of the world's leading authors, speakers and futurists in retail and e-commerce. He is the author of the book 'Het Einde van Online Winkelen' published in the Netherlands (2016) and Belgium (2017). The global, English edition of the book will be published in September 2017.

Wijnand is founder of the Global E-commerce Summit, the annual global event for e-commerce and director of the Ecommerce Foundation. He is chairman of the eMarketing & Distance Selling Chair at the Erasmus University in Rotterdam. Wijnand is also a member of FIRAE, an association of global retail industry leaders affiliated with the National Retail Federation.

In the mid-1990s, Wijnand was a co-founder of Macropolis, the first Dutch store and price comparator for consumers on the Internet. In June 2000, Macropolis was acquired by Newconomy. Wijnand was CEO of Macropolis between 1997 and 2000.

In 2006 Wijnand was elected DM-man (Direct Marketing) of the Year. In 2014 Wijnand received the Mans le Jeune Award for 'best industry association in the Netherlands'. Wijnand is author of the book 'Het Einde van Online Winkelen', which was published by Atlas/Business Contact in November 2016 and is now in 3rd edition. A Flemish edition of the book was published in April 2017. The book was nominated as management book of the year in 2017. The English edition of the book will be published in September 2017.

Hire or book The End of Online Shopping is best done here via Showbird.
This act is suitable for event types:
Business party Reception Fair / Congres
You have 1-on-1 contact with the artist
or his/her personal manager.
Do you have a question about this act?
Pose it in your request for the artist.

The artist is residing in Wijk bij Duurstede