Band , Blues
(2 reviews)
The artist is residing in Sint Maarten 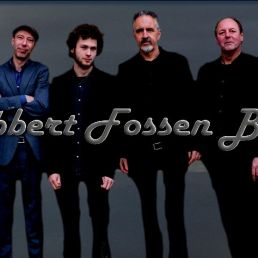 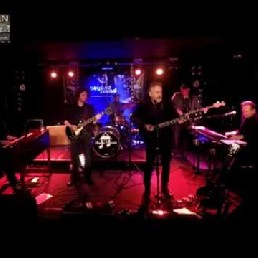 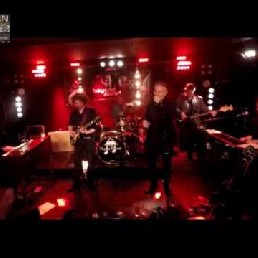 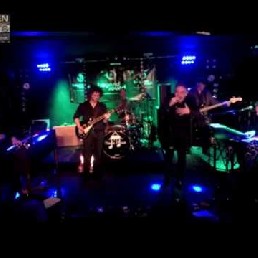 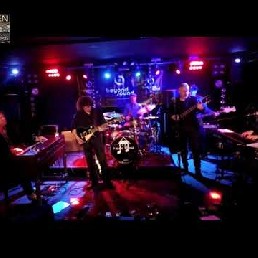 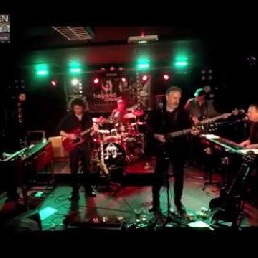 The 5 - 12-piece band of Blues Award winner (best blues singer in the Netherlands) and International Blues Challenge finalist (Memphis) Robbert Fossen; known for his pure Chicago Blues, but with his band he also takes other interesting paths (Southern soul, rhythm & blues, gospel etc.). Gage negotiable...
Also 'on board' Award winning organist Pscal Lanlots and drummer Eduard Nijenhuis.
The band released their album 'Get off on it' at the end of 2017, which was highly praised and won the Blues Award for best CD 2017.
The CD was selected to be submitted on behalf of the Netherlands for the International Blues Awards in Memphis, early 2019.

This fee is an indication; depending on the equipment needed on location, travel distance and tire size.

The Robbert Fossen (Blues) Band exists since 2006 and has had several line-ups.
The style and repertoire were mostly based on the Chicago Blues, but the band is now looking for a broader range. The Robbert Fossen Band also has soul, gospel and rhythm & blues influences.
Basically, the band is 6-piece, but for the live shows it can be expanded to 12 man/woman. Even as a trio (Robbert Fossen, Lothar Wijnvoord and Ivan Schilder) they can play their beautiful combination of styles; for smaller venues.

In the band no less than three Blues Award winners; Robbert Fossen (best blues singer), Pascal Lanslots (best organist) and Eduard Nijenhuis (best drummer). Robbert also won the Dutch Blues Challenge twice and represented the Netherlands at the prestigious International Blues Challenge in Memphis, where he was the first and only Dutchman ever to reach the finals.

With the new style choice the band has taken a different path and can be used much wider than just within the blues circuit. Company parties, private parties, theatre shows, fairs, in/outdoor events, in fact everywhere the Robbert Fossen Band can take 'the audience' on a musical journey along the hotbeds of American music history. A musical journey from Chicago to
New Orleans and back...

On the new album 'Get off on it' a horn section can be heard and three top singers have been added for the backing parts.
The band released their new CD 'Get Off On It' at the end of 2017.
The album contains a smart mix of roots music; soul, blues, gospel and
rhythm & blues come along in 14 songs, over 65 minutes playing time and in great sound quality.

... The Robbert Fossen Band is a solid band, who prove with their album that there is still very interesting music being released in the Netherlands; music in a very American atmosphere ...
(album of the week; week 3, 2018)
- Johan Derksen, 'Music for Adults', Radio Rijnmond, Promotor Holland International Blues Festival.

... Really, everything's right about this album. So I can only come to one conclusion: the
Robbert Fossen Band has delivered a brilliant Nederblues album! ...
- Peter Marinus, Blues Magazine (Netherlands)

... "Get Off On It!" by the Robbert Fossen Band is one more than to plum and
excellent blues&soul album...
- Eric Schuurmans, Rootstime (Belgium)

...Impossible blues! A high quality weaned album. With
thanks to 'Mannish Boy' Robbert Fossen, his selection of excellent musicians and
including, of course, those damn backing vocals. Damn girls you're great. I'd love to
in Belgium with full occupancy please. RESPECT! That's mine...|
- Rootsville (Belgium)

Enjoyed Robbert and his men. Delicious blues, skillfully played and with obvious pleasure. Robbert is flexible and thinks along well what is needed for your party. I dare to recommend the trio to anyone who can appreciate good musicians and blues

Trio booked instead of Duo!

After consultation with Robbert Fossen, we have chosen to book the trio instead of the duo. This would be more common music and would fit more with the event. This was an excellent decision! They are very flexible and think along well

Hire or book Robbert Fossen Band is best done here via Showbird.
This act is suitable for event types:
Wedding Birthday Celebration / Jubileum Student party Sports event Funeral Business party Reception Fair / Congres Opening Horeca line-up Festival Shopping / Market Holiday / Local feast
You have 1-on-1 contact with the artist
or his/her personal manager.
Do you have a question about this act?
Pose it in your request for the artist.