Speaker , Human interest/Behavior
The artist is residing in Antwerpen 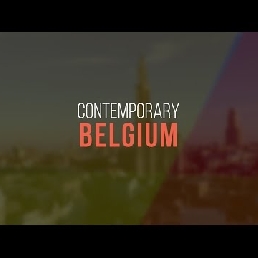 A lecture that tells 'everything' about Belgium in one hour!

History, geography, politics, science, economics, culture, sport and of course food and drink. Now yes 'everything' in one hour' that's a bit short (although Belgium is a small country), but Harry manages to treat that short time frame as the topics mentioned above and to give foreigners a fairly clear picture of the versatility of the small kingdom.

He does this in a captivating and above all humorous way, which makes it attractive for everyone to listen to it for once. Both a foreign tourist who is only in Belgium for two days, and an ex-pat who plans to stay here for months. But also the Belgians themselves will be amazed by the surprises their own country has to offer.

He also very consciously helps with a number of myths that exist abroad:
+ the Walloons and Flemings facing each other,
+ that the tulips would come from Amsterdam
+ that Hercule Poirot is a Frenchman
+ that the Belgian only lives from chocolate and beer
+ etc.

Profile
Born and raised in Belgium, Harry travels professionally from one corner of the country to another, has always been interested in history, culture and especially 'people'. He loves to show people in a relaxed and varied way how to get to know the special and especially still very young country that is Belgium through fascinating storytelling.

Formulas:
Reading of 1 hour or longer if desired.
The backbone of the story remains the various topics mentioned in the first paragraph, but depending on the target audience, Harry will adapt the illustrative anecdotes to the audience in the room.

If his audience is formed by American (cruise) tourists, he will for example underline how 'The battle of the Ardens', thanks to the U.S., meant a turning point in WW II or how Inbev bought up Budweiser etc..

When Frenchmen come to listen, they are told that although Napoleon was an occupier, he also did a lot of good for our regions and that Mr. Gustave Eifel not only built their Paris Eiffel Tower, but also the original Temse bridge, and so on.

When British people come to listen, they are (of course) honoured with their heroic achievements during WWI (probably poppies) while they also learn that our first king was the uncle of their queen Victoria etc..

The Dutch learn that their national anthem 'Wilhelmus' was written by an Antwerp mayor and that they were a textbook example of integration, when hundreds of thousands of Belgians sought refuge with them after the Spanish fury and during WWI, and so on

(And of course this is also possible for the other nationalities).

Hire or book Contemporary Belgium Harry van Hest is best done here via Showbird.
This act is suitable for event types:
Business party Reception Fair / Congres
You have 1-on-1 contact with the artist
or his/her personal manager.
Do you have a question about this act?
Pose it in your request for the artist.