Singer (male) , Pop/Rock
The artist is residing in Genk 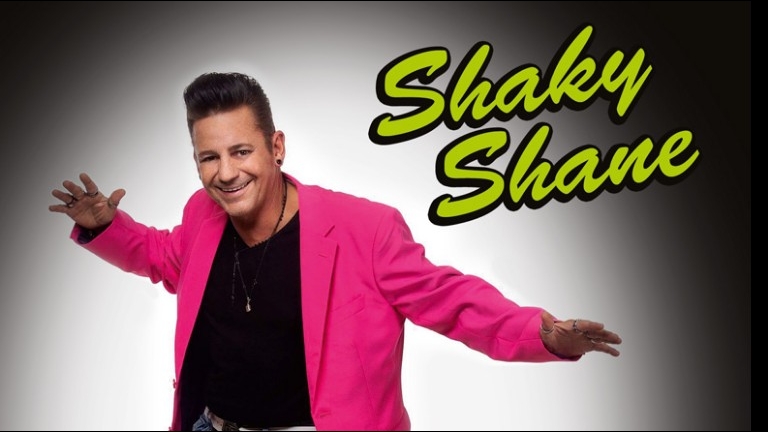 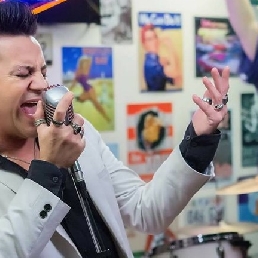 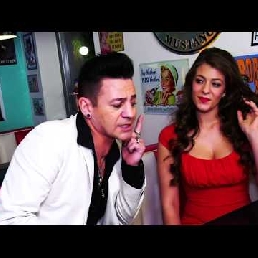 With a great repertoire and ambiance that is unfamiliar to his peers, Shakey Shane might even perform at your event! Make a quick request and celebrate with Shakey Shane!

The given price is based on a performance in Belgium. For a gig in the Netherlands the price will be €550. Leave your specific wishes in the request!

He started at the age of 15 with imitating Shakin' Stevens.
In 1994 he participated in the Vtm soundmix show and two years later he was asked to be the lead singer of a rhythm & blues band, it was a great success!
In 1997 Shane performed in almost every discotheque and on several stages as the fire breather of the dance formation Nunca VS. Pat Krimson
In 2005 he released the single "Black Betty".
In 2007 he started party cafe Coyote-Ugly with his wife Sidney (Els).
But Rock'n Roll remains his first passion and now he brings the great Rock'n Roll legends back to life. Chuck Berry, Elvis Presley, Buddy Holly, Jerry Lee Lewis, ... in his brand new swinging show "Shaky Shane"! New Tribute Shakin' Stevens !!!!

Hire or book Shakey Shane is best done here via Showbird.
This act is suitable for event types:
Wedding Birthday Celebration / Jubileum Student party Sports event Business party Fair / Congres Opening Horeca line-up Festival Shopping / Market Holiday / Local feast
You have 1-on-1 contact with the artist
or his/her personal manager.
Do you have a question about this act?
Pose it in your request for the artist.

The artist is residing in Genk