Singing group , Jazz
The artist is residing in Zwolle 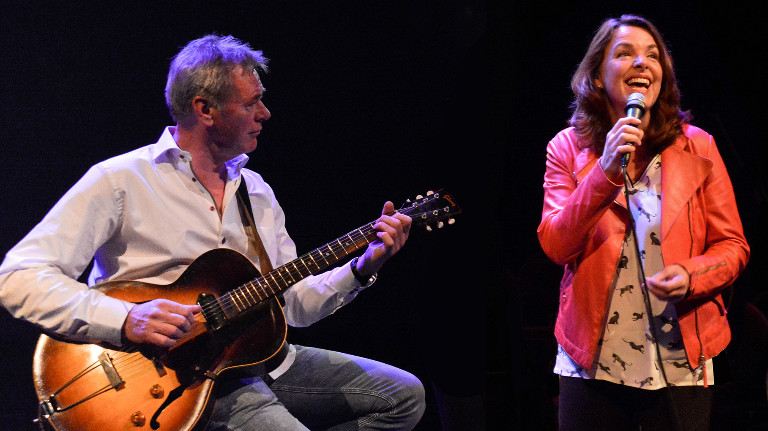 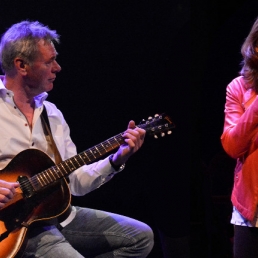 They play songs from a broad repertoire, ranging from ballads and pop to jazz and South American (they also have an extensive Christmas repertoire).
They also provide music at farewell and/or commemoration gatherings.

And do you have a favorite song?
In consultation they will include it in their repertoire!
Whether it's a wedding ceremony, a party or any other event, they are happy to adapt (also in terms of sound level) to your personal wishes.
It is also possible to expand this duo to include a horn, drummer, bass player or pianist.

Margareth van Munster has been active as a singer for years, because music is her passion.
Margareth started her singing career in 1987 with Bigband Allotria from Zwolle and sang in various pop bands. In 1995 she starred in the female lead role in the musical "the Grand tour". She is lead singer of all-round band "Talk of the Town" and together with Peter van Leeuwen she forms the semi-acoustic duo 2ForYou, which mainly plays mainstream pop and jazzy repertoire. She is also active in various theatre projects.

Peter van Leeuwen played guitar "light music" after his conservatory education in Rotterdam, in the nationally known big band Bodycheck. In 2010 and 2011 Peter was a substitute for Simone Kleinsma's theatre tour and for several years guitarist with the dance orchestra of the Marinierskapel. At the moment he is a regular substitute for Ernest Beuving's theathershow and plays in Talk of the Town (coverband), and the duo 2ForYou.
Peter is also active as a guitar teacher in Zwolle, Epe, Deventer and Bathmen.

Hire or book duo 2ForYou is best done here via Showbird.
This act is suitable for event types:
Wedding Birthday Celebration / Jubileum Student party Sports event Funeral Business party Reception Fair / Congres Opening Horeca line-up Festival Shopping / Market Holiday / Local feast
You have 1-on-1 contact with the artist
or his/her personal manager.
Do you have a question about this act?
Pose it in your request for the artist.