Band , Reggae
The artist is residing in Arnhem 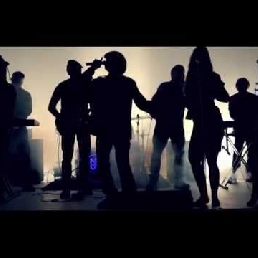 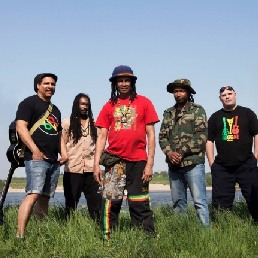 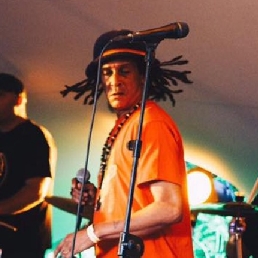 Super Natural Selection (SNS) is a Roots Reggae band from Arnhem, Holland. SNS started jamming together in 2002 and plays strictly original songs in English, Dutch and Sranan Tongo. The band members are experienced musicians: Prince Naffy had a #1 hit in Suriname, the bass player Max played with a variety of bands in Los Angeles.

Brian carries the entire band with his razor sharp strikes on guitar, Frans throws down masterpiece compositions on his keyboards and Iwan hits undeniable beats on his drums. Full of conviction, self-confidence and passion a vibe is created that you can’t resist! SNS not only promise, but guarantee that you will not get bored and standing still will not be an option! Everybody with a pulse will be captivated from the second the band starts playing their powerful Roots Reggae with different grooves, catchy melodies, kickass guitar solos and lyrics with a message.

Band members:
Prince Naffy
Lead vocalist Prince Naffy (André Rohilio Reemnet) is born in Suriname and started out as a soul singer. After moving to Holland in the 1974, he also started singing and chanting on top of instrumental records (Dub). In 1990 Prince Naffy joined a band called Creators and scored a # 1 hit in Suriname. When Super Natural Selection was formed in 2002, Prince Naffy started creating songs with Max and Brian.

Max Bass
Max Odarty is born in Washington DC and grew up with funk and soul music. When his family moved to Ghana, Afro beats and Reggae also influenced him musically. After playing piano and guitar for years, Max fell in love with the bass guitar. In the ’90s he played in variety of rock bands in Los Angeles, but since 2002 started creating strictly Roots Reggae music with Super Natural Selection.

Brian Brainstorm
Brian Hoft is born in Suriname and moved to Holland with his family in 1989. With Bob Marley as his role model and inspiration, Brian started playing guitar and singing in the beginning of 2000. His favorite music is Roots Reggae and together with Prince Naffy and Max Odarty, Super Natural Selection was formed.

Frans Keys
Francois van Gijzen is born in Holland and has been playing keyboards since he was 10 years old. After more than 10 years of taking music lessons, Francois started playing at birthday parties and weddings, where he received positive responses. In 2007 Francois met Max Odarty and after a try-out, that was received with a lot of enthusiasm, joined forces with SNS.

Iwan Lion
Iwan started playing drums in a brassband. After many successful years, he switched to drumming in a variety of Reggae bands before teaming up with SNS in the beginning of 2018.

Hire or book Super Natural Selection is best done here via Showbird.
This act is suitable for event types:
Student party Sports event Business party Opening Horeca line-up Festival Holiday / Local feast
You have 1-on-1 contact with the artist
or his/her personal manager.
Do you have a question about this act?
Pose it in your request for the artist.

The artist is residing in Arnhem