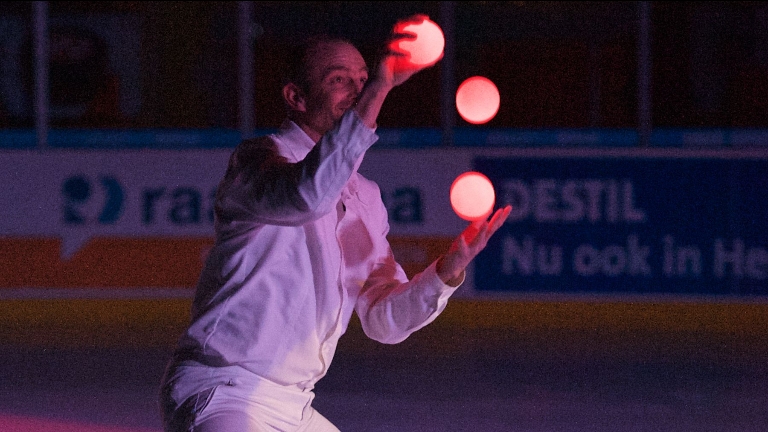 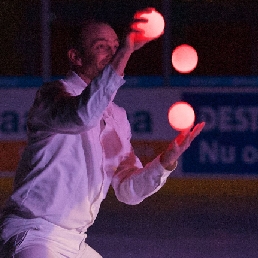 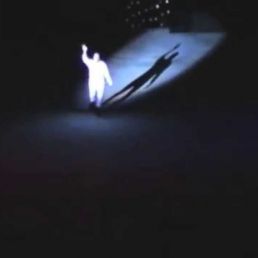 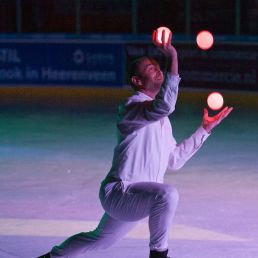 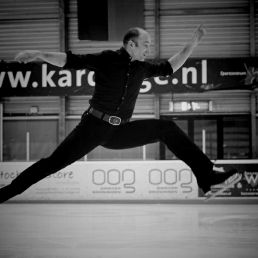 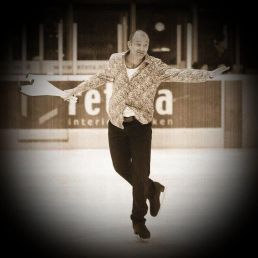 We can skate very fast in the Netherlands. But Marco proves that a lot more is possible on ice skating with some great acts on ice. A unique act!

Marco's act consists of skating and show. He combines his talent and experience as a juggler and entertainer with his skating act. Nice for ice rink openings, for company parties, for specials. In principle, the act is custom made

Marco is in possession of three Guinness World Records and is multiple Dutch champion juggling. But that's not the only thing, in 2014 Marco became Dutch Champion figure skating. He is a juggler, theatre maker and entertainer.

ice or possibly a flat, not too slippery floor for an act on wheels.

The artist is residing in FinsterwoldeTravel expenses are based on your event location.

Hire or book Marco Bonisimo on ice is best done here via Showbird.