Artist , Draftsman
(5 reviews)
The artist is residing in Haarlem 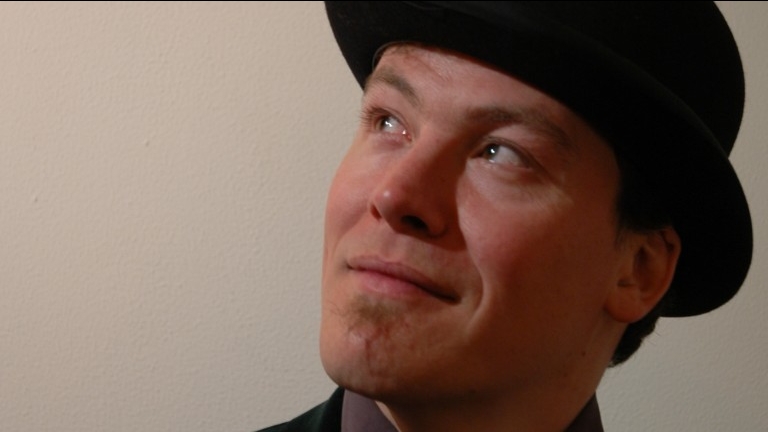 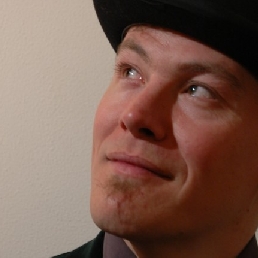 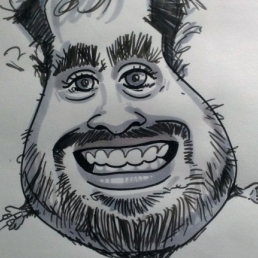 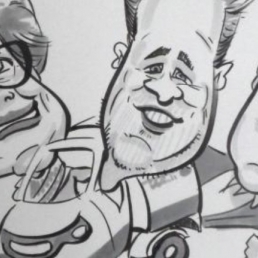 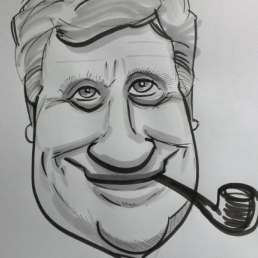 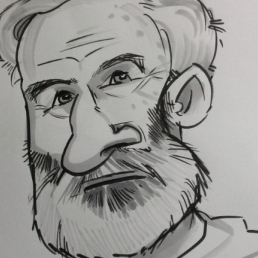 2 x 2m in a well-lit, windy and anhydrou

Are you curious about what your grandfather will look like? Or your colleague? Flapors you can sail a sailboat with and noses that defy gravity. I assure you of a lot of fun and an unforgettable memento. Exactly what your guests deserve.

+/- 5 minutes per caricature (quick drawing)
smooth lines set up directly with ink and worked out with grey tones
on any size of paper or beer mat (standard is A3 size paper, beer mat is not included in the price)

What a successful day! Fun for young and old. Really recommended

I can't say how good Herman is at his job, because he didn't show up. He was also unreachable and only contacted us a few hours later, after Showbird called him, to say that he had accidentally scheduled the appointment for another day. At that time he also felt no urgency to still do his best to come to our location.

The guests enjoyed it.

Have a great time!

Herman was very cozy, the drawings were very beautiful. Everyone was enthusiastic!

It were 2 very successful days with many satisfied people who went home with a beautiful drawing. We are very satisfied with Herman's work.

Hire or book Quick sketch artist Herman is best done here via Showbird.
This act is suitable for event types:
Wedding Birthday Celebration / Jubileum Kids party Student party Sports event Business party Fair / Congres Festival Shopping / Market Holiday / Local feast
You have 1-on-1 contact with the artist
or his/her personal manager.
Do you have a question about this act?
Pose it in your request for the artist.