Band , Coverband
The artist is residing in Den Haag 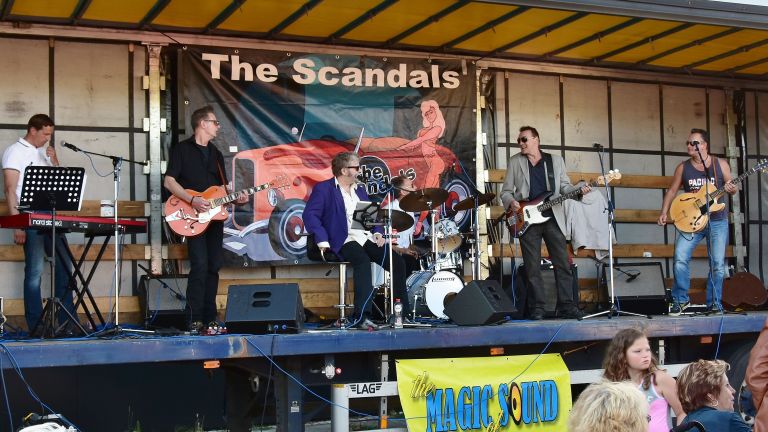 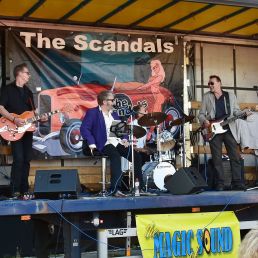 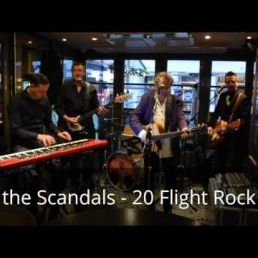 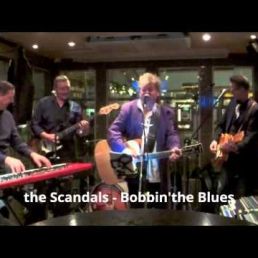 For those who don't know us yet: The Scandals is a 50-ties/60-ties/ Rock & Roll band and not just any band! A performance of The Scandals guarantees a lot of dance fun and moments of "Oh yes, fantastic, I almost forgot that song". Lovely music from times long gone

50th/ 60th/ Rock & Roll Band
The Scandals is the No1 sixties and rock and roll band. Lots of experience, fresh and steaming.
you have to party when you see and hear this band! And that these gentlemen swing proves the fact that they have toured in both Switzerland and Thailand and that there are tours planned for Germany and Spain.

The Scandals played in the support act of the Golden Earring where the sparks flew off !

She reached the finals of The Clash of the Coverbands ! (some great clips can be admired on Youtube)

the repertoire consists of the best songs of artists like Chuck Berry, the Rolling Stones, Elvis, the Kinks, the Animals, Buddy Holly, Carl Perkins, the Stray Cats, Johnny Cash and so on and on. Anyone with roots and/or sympathy with the 60th/Rock and Roll should have this band at his/her party !

Hire or book the Scandals is best done here via Showbird.
This act is suitable for event types:
Wedding Birthday Celebration / Jubileum Student party Sports event Business party Fair / Congres Opening Horeca line-up Festival Shopping / Market Holiday / Local feast
You have 1-on-1 contact with the artist
or his/her personal manager.
Do you have a question about this act?
Pose it in your request for the artist.