Band , Blues
The artist is residing in Wapse 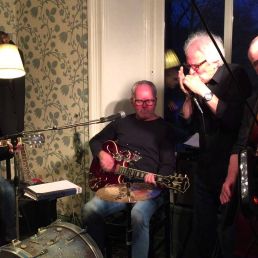 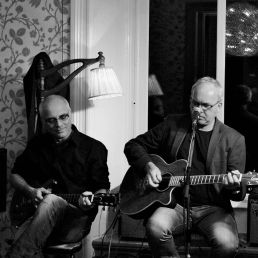 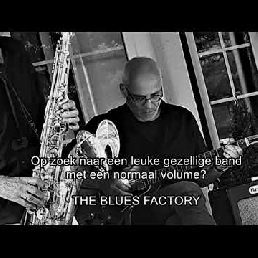 Very atmospheric blues played by 2 or 3 or 4 very experienced musicians who know how to create an enjoyable evening.

The Blues Factory was founded in 2012 by Wilfred Vermeulen and Jan Hoed, both from Wapse
Ivm some larger gigs was quickly looking for an expansion of the duo
At the beginning of 2015 the band was expanded with (contra) bass player Laurens van Venrooij from Ansen. Shortly after that Menno Scheffer from Diever also signed up for Saxophone and harmonica

The band distinguishes itself by a unique own sound and repertoire of own written songs based on the blues. Influences of Seasick Steve, Frank Zappa and Tom Waits can sometimes be heard

In addition to their own work, the band also plays some of the better known works of others, performed in their own way, fitting the (own) repertoire of the band

Hire or book The Blues Factory is best done here via Showbird.
This act is suitable for event types:
Wedding Birthday Celebration / Jubileum Student party Sports event Funeral Business party Reception Fair / Congres Opening Horeca line-up Festival Shopping / Market Holiday / Local feast
You have 1-on-1 contact with the artist
or his/her personal manager.
Do you have a question about this act?
Pose it in your request for the artist.

The artist is residing in Wapse