Band , Pop/Rock
The artist is residing in Voorhout 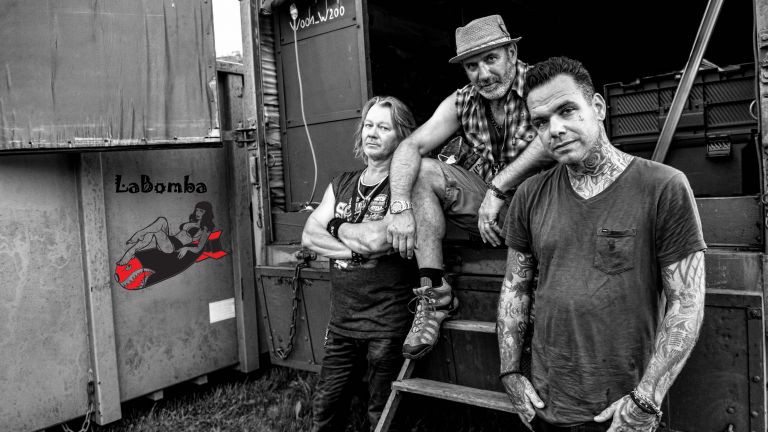 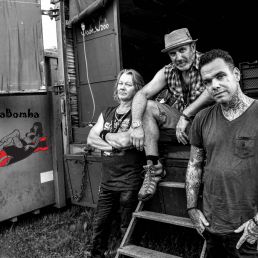 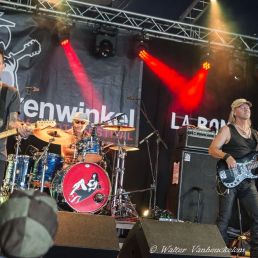 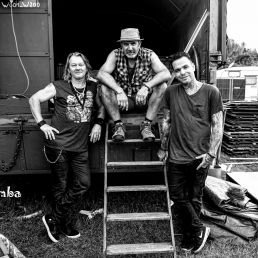 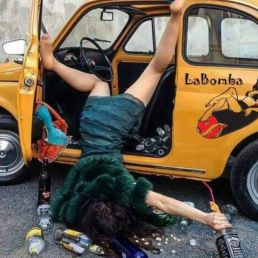 Stage of at least 3 meters deep and 4 me

LaBomba is a power trio of experienced professional musicians who play their own music in an atmosphere of Triggerfinger, Nirvana and Foo Fighters. Alternative rock with three-part vocals.

LaBomba was created as a "side project" by three renowned musicians at the end of 2015. Apart from their own band, with fixed lines and parts, they wanted to go "loose" with this project.
However, the side project became so much fun and good that the guys made more time for it and LaBomba will come with a CD and will tour more at home and abroad.
With roots and experience in rugged blues, hard-rock and 80's rock and pop a unique mix was created, in which the band sounds very own and American with their three-voiced vocals. All members also take the lead vocals for songs where their voices fit well.
Early 2017 the trio went very "old school" with only ideas and lyrics to have written and recorded 9 songs a week later.
The band consists of:
* Dave Bordeaux, bass and vocals (Diesel, Billy The Kid). Sings the high rock parts.
* Maroon French, guitar and vocals (Roadkill, Winterland, Bootstrap Bill). Sings the pop songs.
* Peter Nelissen, drums and vocals (Smoking'Cadillac, YaYa's). Sings the dark brown roots song.

Hire or book LaBomba is best done here via Showbird.
This act is suitable for event types:
Wedding Birthday Celebration / Jubileum Student party Sports event Business party Fair / Congres Opening Horeca line-up Festival Shopping / Market Holiday / Local feast
You have 1-on-1 contact with the artist
or his/her personal manager.
Do you have a question about this act?
Pose it in your request for the artist.

The artist is residing in Voorhout