Percussionist
The artist is residing in Zaandam 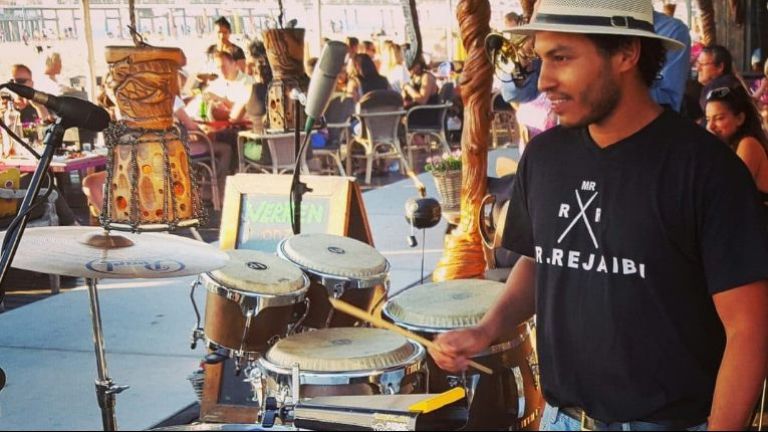 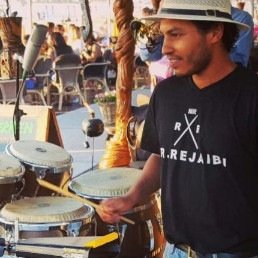 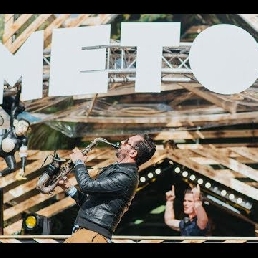 With a mother of Surinamese descent and a father of Tunisian descent, the various musical styles and rhythms have been poured in. At a young age Rachid got acquainted with the musical interplay and connection between different rhythms during a workshop. Soon Mister Rejaibi started experimenting with different instruments. During his high school years it became more and more clear that the rhythm went through his veins Rejaibi decided to take drum lessons, where a world opened up for him.

Rachid started with styles like pop, funk, rock and Reggae. After a lot of study and several bands, Rachid has mastered many other styles including Bossanova, Samba, Calypso and a lot of Caribbean music. Nowadays he tries to make people enjoy grooves in different bands and he also participates in musical excursions in the dance world as a percussionist. Rachid has played at various cool locations with different DJ's. Nothing beats seeing a room full of people go wild on your music

Hire or book Percussionist Mr. Rejaibi is best done here via Showbird.
This act is suitable for event types:
Celebration / Jubileum Reception Festival Holiday / Local feast
You have 1-on-1 contact with the artist
or his/her personal manager.
Do you have a question about this act?
Pose it in your request for the artist.

The artist is residing in Zaandam