Band , Rock
The artist is residing in Utrecht 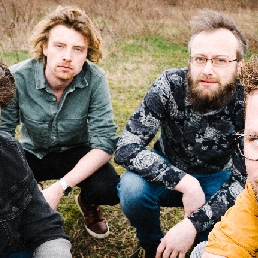 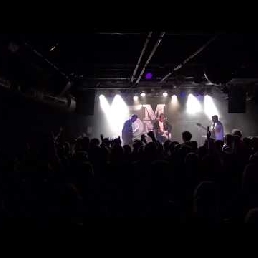 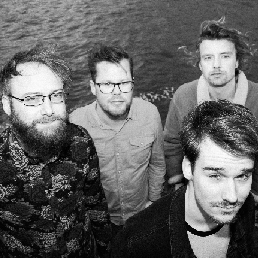 Five Minute March is a Utrecht based rock band that released its first EP in October 2018 in front of a sold out venue. The four students are now an established formation and with songs like 'Pussy' and 'Shiggiboembap' they have already flattened many venues. Solid rock with a touch of funk characterizes the unique Five Minute March sound that creates fireworks on every stage. With an energetic show that includes singing, dancing and jumping, the guys know how to throw a party for every audience. The band has been in finals of Popprijzen throughout the country, played at major festivals, gave concerts and is played on the radio. These seasoned heavyweights can now be heard on Spotify!

Five Minute March is a group of students who got to know each other by studying psychology. Meanwhile Matthijs Theunisse, Mats van der Heide, Bas de Boer and Omar van Tol are not so much busy studying anymore, but they like to teach others their lesson: a lesson in Rock ' Roll. The band makes Rock for the new generation that may or may not be ready for a change in contemporary popular music. With a very clear message they blow every audience over and kick the realization into everything: Rock 'n Roll ain't dead.

Five Minute March
Take Me Down

Five Minute March
Train
Do you have a question or wish regarding the repertoire? Mention it in your request.

Hire or book Five Minute March is best done here via Showbird.
This act is suitable for event types:
Wedding Birthday Celebration / Jubileum Student party Sports event Business party Opening Horeca line-up Festival Holiday / Local feast
You have 1-on-1 contact with the artist
or his/her personal manager.
Do you have a question about this act?
Pose it in your request for the artist.