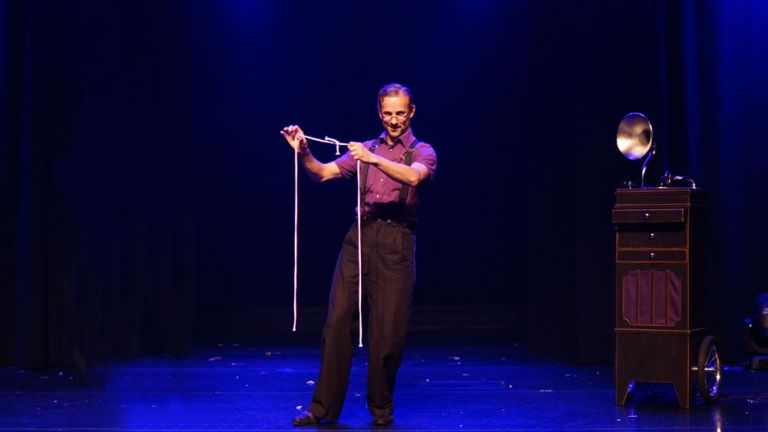 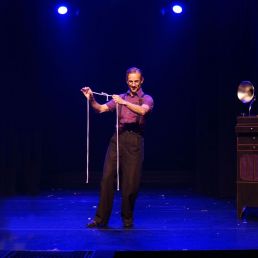 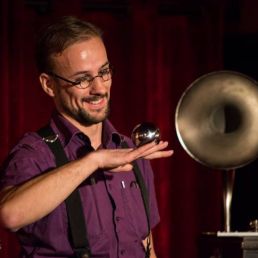 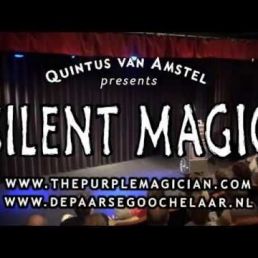 Quintus van Amstel exhibits his original conjuring skills in complete silence in this humorous act. His slapstick scenes are reminiscent of the era of silent movies.

Forget everything you think you know about magic. Quintus van Amstel, Dutch champion street magic with his performance 'Silent Magic'.
Quintus forces you to the tip of your seat and makes you cry with laughter. This performance distinguishes itself by the way it responds to the audience and deals with unexpected situations.
With nothing more than a gramophone from the twenties one gets to see a unique form of magical comedy. The performance, in the style of the silent movies from the twenties, is supported by appropriate music
Silent Magic' has been awarded various prizes within the world of magic. This is very special because a lot goes wrong during the performance and the most magical moments have nothing to do with magic.
Afterwards Quintus shows his magic up close in the lodge. Special acts that take place under the nose of the audience provide special experiences that people will remember for a very long time.