Violinist
(8 reviews)
The artist is residing in Amsterdam 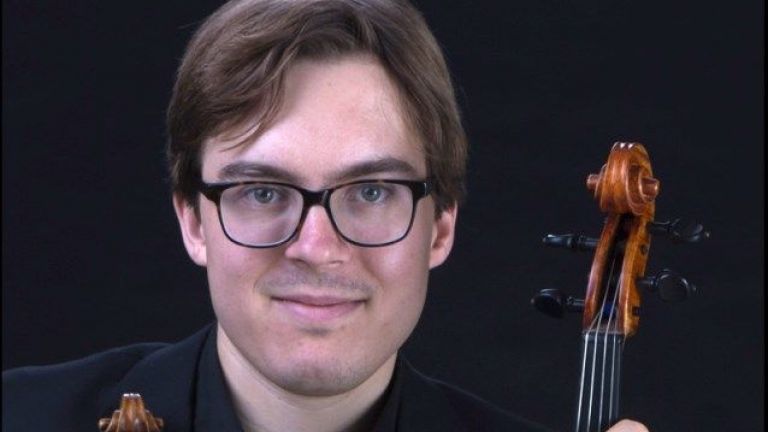 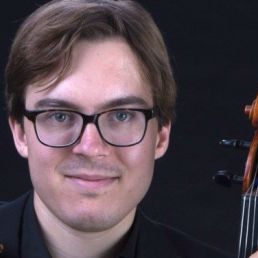 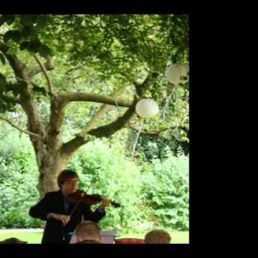 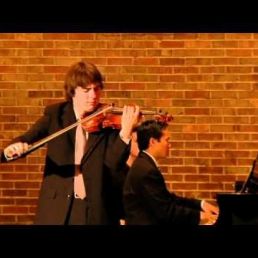 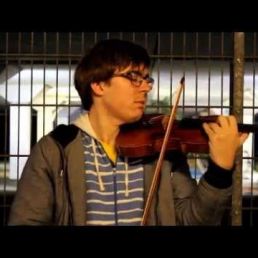 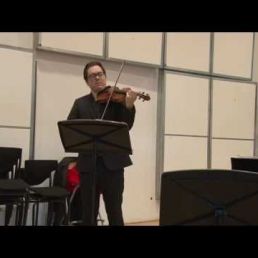 Let Ian de Jong play a spectacular piece or quiet background music at your event. It's all possible with Ian de Jong! Book him now via ShowBird.

The price now indicated is for an act in which accompanying background music is played. Well applicable to events to create extra atmosphere. If a full evening piece has to be played the price is €275

The Dutch-American, conservatory-trained violinist and viola player Ian de Jong has built his reputation with performances that are continuously moving and at the same time measure up to the highest professional standards. Each project is seen as a new challenge, an opportunity for development and exploration as an artist. From many years of experience, Ian has played live music on various solo and orchestral stages, at wedding ceremonies and birthday parties, at funerals, cremations or funerals and countless other occasions. Clients who hire this violinist describe his work as "intense", "creative" and "very convincing". Ian has a lot of experience in solo playing, chamber music and orchestra.

In the US, Ian has played solo concerts with the Windy City String Ensemble, the Merit Symphony Orchestra and the DePaul Baroque Ensemble, among others. In the Netherlands, as concertmaster of the Ricciotti Ensemble, Ian regularly plays concerts, solo pieces and other solos with the orchestra, in collaboration with such artists as Spinvis and Liesbeth List. In Chicago he played solo recitals on series in Unity Temple and the Nineteenth Century Club, in addition to annual recitals connected with his studies at DePaul University. As a chamber musician he was a member of the Oberon trio and the Merit Honors trio, and as a bachelor music student he played everything from a duo to an octet. He received additional chamber music training at the Icicle Creek and Round Top summer music festivals in 2008 and 2009. Since March 2011 Ian plays in the new group HENS, a band that besides original songs also performs as Andrew Bird tribute band.

Ian's training as a musician is international and diverse. At the age of eight he started violin lessons at the Amstelveen School of Music, as one of the first students of Wiesje Miedema, nowadays a teacher of methodology at the Conservatory of Amsterdam. In 1999 Ian's family moved to Chicago, where he was taught by Michael Hining, Guillaume Combet, and Robert Waters. Always looking to expand his musical possibilities, Ian also took jazz violin lessons with Steve Gibons of Chicago's Gypsy Rhythm Project. With Robert Waters as principal study teacher, Ian graduated magna cum laude from the DePaul University Conservatory in 2010 with a bachelor's degree in music. After his studies Ian decided to continue his career in the Netherlands. Living in Amsterdam since 2010, Ian obtained a Bachelor of Music at the Conservatory of Amsterdam in 2012 and a Master of Music at Codarts Rotterdam with Gordan Nikolic (violin) and Gijs Kramers (viola) in 2016.

Since July 2011 Ian plays on a 1880 Full Brothers violin, on loan from the National Musical Instrument Fund. Besides music, Ian is also an English teacher, editor, and translator at the English Center in Amstelveen.

We enjoyed the violin playing of Ian and the cello playing of Elizabeth There were twelve of us singing along to the carols, parents, brother, sisters and supporters, and it was in a word fantastic

Tears in the eyes

I am very impressed, he was punctual, thoughtful and flexible with changing times/location. He put on a super piece!

Ian was very friendly, he was also happy to do the gig again. Nice classical songs with some recognition, and with tango ending on a happy note. The room was a bit too small so it sounded quite loud, but he couldn't help that of course.

It was always my dream to marry violin music. Ian understood my music wishes well and performed beautifully. I'm a happy bride!

An excellent and professional musician! (via Google)

he plays beautifully and can respond to almost any request! (via Google)

Beautiful sound and musical ideas and always a pleasure to listen to and play with! (via Google)

Top musician and person. (via Google)

Hire or book Ian de Jong is best done here via Showbird.
This act is suitable for event types:
Wedding Celebration / Jubileum Funeral Business party Reception Horeca line-up Shopping / Market
You have 1-on-1 contact with the artist
or his/her personal manager.
Do you have a question about this act?
Pose it in your request for the artist.