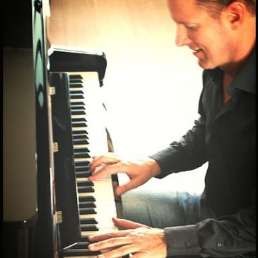 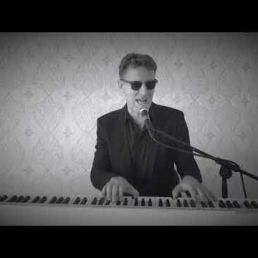 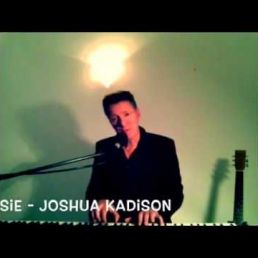 Pieter Hoogland has a very broad repertoire from which various songs can be chosen. Pieter will give your event a musical boost creating extra atmosphere and cosiness! Book Pieter Hoogland now via ShowBird.

Pieter can sing a wide repertoire of songs with piano accompaniment with a choice of over 200 songs. Do you have a special song you would like to hear? Let him know and then he can play it for you!

The act consists of 3 x 45 minutes within 3 hours. It is also possible to play longer in consultation

Piano music has fascinated Pieter Hoogland (1970) from an early age. At the age of ten he climbed behind the piano himself when he started piano lessons. First eight years of classical music, then he began to extend his piano passion to pop songs. In the meantime he has built up a broad repertoire of piano music for every atmosphere and setting. Pieter regularly plays solo at receptions, weddings or other festivities such as business dinners or benefit events. Over the years he has developed into a seasoned singer, and his musical versatility has grown even further.

Atmospheric repertoire
Over the years Pieter developed a beautiful repertoire of classical pieces, such as Nocturnes and Waltzes by Chopin and pieces by Satie, Brahms and Beethoven. As a musical counterpart he plays pop songs by Lennon & McCartney, Billy Joel and Elton John and new songs by Coldplay, Adele and Bløf, among others. In recent years he has discovered the atmospheric 'light classical' of modern composers, such as film music by The Piano and Schindler's List, and works by Ludovico Einaudi and Yann Tiersen. With a wide choice of music he can adapt his repertoire to the setting and atmosphere of reception, dinner or party. He can choose from pure piano music, or piano with voice. For both, he can perform over 200 songs.

Live music for every setting
Pieter gained experience in performing during his sabbatical in Mexico and southern Spain, where he played in various restaurants. After his return to the Netherlands he continued to play regularly in restaurants, among others in Leiden where he lives. In the meantime Pieter's field of activity has shifted to festive and official occasions, such as weddings, receptions and business dinners, but also the opening of an exhibition or a benefit meeting. He has played at numerous locations, such as the Westerkerk and the Royal Tropical Institute in Amsterdam, Kasteel Keukenhof in Lisse, and Huis ter Duin in Noordwijk. At least as much fun he enjoys playing in a relaxed setting at an informal party.

Curious? Feel free to contact us for more information. See the Booking page for his contact details.

Pieter has given extra atmosphere to our open day. It was also nice that he had studied songs from our region. We enjoyed this day and that was partly thanks to Pieter!

The artist is residing in LeidenTravel expenses are based on your event location.

Pieter has given extra atmosphere to our open day. It was also nice that he had studied songs from our region. We enjoyed this day and that was partly thanks to Pieter!