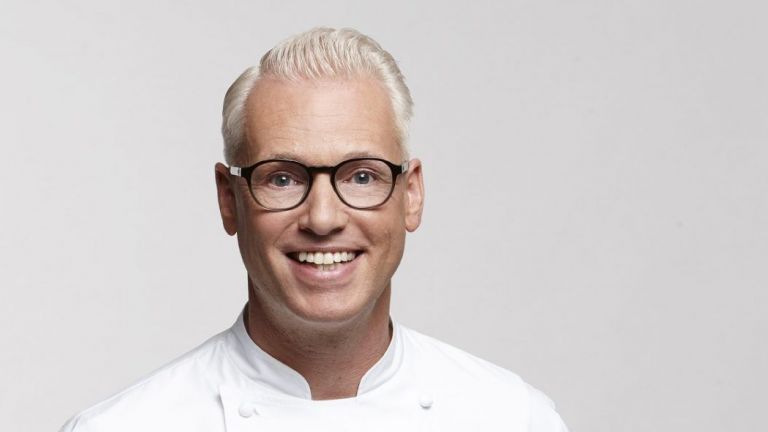 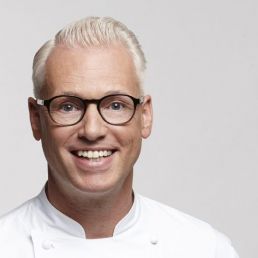 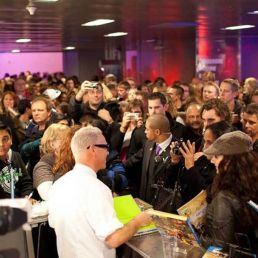 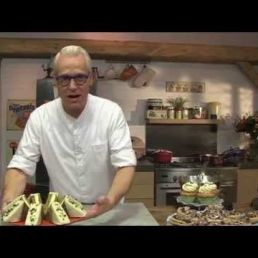 Master Chef Rudolph van Veen is a born cook and he has been preparing his food with passion for years. He often cooks in the program Life & Cooking and has cooked a lot in the program of Carlo & Irene. In addition, he takes care of various programs in 24Kitchen. Do you want him to work in your program/event? Then book him via Showbird!

Rudolph van Veen (1967) already knew as a little boy that he wanted to become a cook. In 1985 he graduated as best student at the Culinary School of Breda and from that moment on he was determined to become a Master Chef. He worked a.o. in Switzerland, at Meesterkok Cas Spijkers and specialised in patisserie at Huize van Wely. At the age of 27 he obtained the title SVH Meesterkok, the highest achievable degree a cook can obtain in the Netherlands.

Since his school days, national and international cooking competitions have been a challenge for Rudolph, to surpass others and himself. In the Netherlands, for example, he won 1st prize four times at the Zilveren Koksmuts-wedstrijd and won numerous medals as a member of the Dutch cooking team in Frankfurt, Sydney, London and Singapore.

In 1999, together with four college pastry chefs, he founded the Dutch Patisserie Team to promote the baking industry both nationally and internationally. Since 2000 Rudolph regularly takes part in the jury of the biennial World Pastry Team Championships in the USA. In addition, he regularly cooks at international foodevents all over the world.

Rudolph has been cooking on television for years now. From 2000 to 2005 he cooked weekly in the programme Life & Cooking, in which he proved to be a valuable addition to the presentation duo Carlo Boszhard & Irene Moors. In this period he also publishes his first cookbook Lekker Snel.
Rudolph grows into one of the best-known television chefs in the Netherlands, partly due to programmes such as The Taste of Life and The Taste of Life Basics. From 2009 to 2012 Rudolph returns to Carlo & Irene in the Sunday afternoon program Life 4 You.

In May 2010 he took part in the very first Dutch two-day examination for the title of Master Patissier, which he brilliantly managed to pass. Rudolph is at this moment the first who has both the title of Master Chef and Master Priest Priest to his name.

In 2011 Rudolph launched an exciting new project: Bus Stop Bakery, a 'student company' within the framework of Young Entrepreneurship. This is the result of a collaboration between 8 students of Fontys Academy for Creative Industries and guest lecturer Rudolph van Veen. For this project, an old school bus was converted into a mobile bakery which sold creative cupcakes along various routes. The proceeds went to a number of charitable causes.
After completion of the project Bus Stop Bakery was awarded the prize "Best Student Company Netherlands 2011".


For 24Kitchen Rudolph takes care of several programs. In De Makkelijke Maaltijd he takes the viewer by the hand by preparing affordable and accessible recipes. In this programme the basic principles of cooking are explained and it becomes clear in an inspiring way that it is possible for every Dutchman to eat healthy and tasty food. He can pick up his pastry heart at Rudolph's Bakery. In this programme the Master Pâtissier shares his knowledge and passion of sweet and savoury recipes. Rudolph knows exactly how to conjure up eye-catching and mouth-watering delicacies, whether it's bread, pie or cake. Furthermore, Rudolph searches for the best products of our country in The Taste of Life Basics, with which he prepares healthy and great recipes. In The Taste of Life Travel he makes culinary discoveries all over the world.

At the beginning of 2016 Rudolph decided to set up its own communication platform about honest information about food: where does your food come from and how can I prepare it in a fun and healthy way!

Rudolph also makes regular presentations in the country. The experience he has gained over the past 25 years with workshops, master classes and theatre makes him all round. Thanks to his spontaneity, wealth of knowledge in the field of food, professionalism and accessibility, he knows better than anyone how to give every presentation in an appropriate manner and with a large dose of energy. He is a welcome host at food events, company parties and product presentations.

Organising an event on a pure liner
hi5-captains-diner-pure-liner-amsterdam
Motivation is in Rudolph's DNA: natural, casual and surprising, he uses metaphors from his world and translates them into business motivational trainings he regularly gives in the country. He does this for banks, insurance companies and all kinds of companies that want to think about the life, work and interests of their employees in a healthy way.
As an inspiring motivational speaker Rudolph gives an insight into his career using examples from the past and present. He gives an unparalleled account of the fact that success starts with yourself. This presentation is a true inspiration "shower" that has been very successful for years!

You can book Rudolph for these inspiration sessions for large and small groups.

Rudolph can of course also be used at events and company parties for :