Magician , Table magic
The artist is residing in Doetinchem 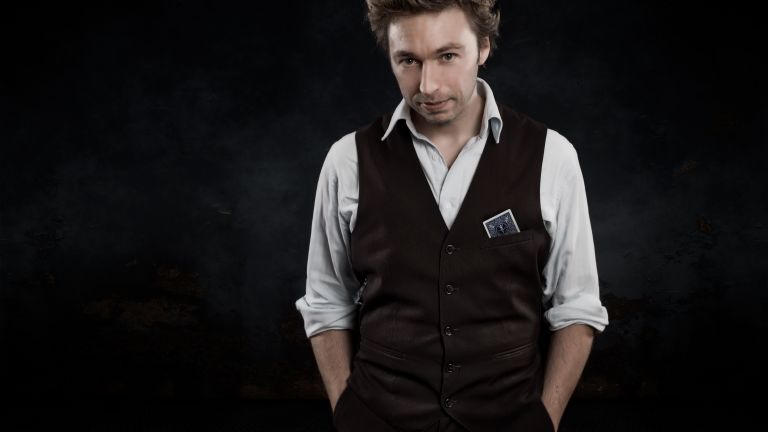 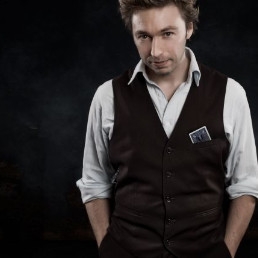 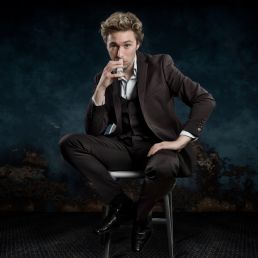 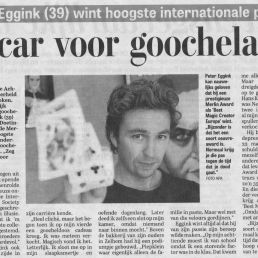 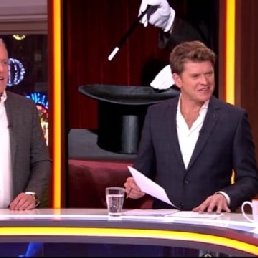 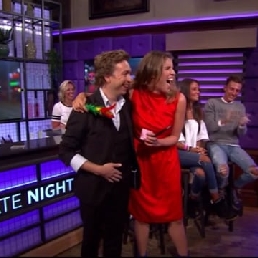 Humour & Magic at your guests' table -DE "Icebreaker" of your event!

Peter - son of a baker's family from Zelhem - got his first magic box when he was four years old. That was not for nothing, because as a child he already had a lot of fun entertaining other people. The first audience was his family, the table in the living room his first stage. Young Peter never had any doubts about his future. He had to and would become a magician. And he did. Recently he won the "Oscar" under the international magic prizes: the prestigious "Merlin Award", published by the International Magicians Society.

This added his name to a list of famous and illustrious previous winners, such as David Copperfield, Siegfried & Roy and Criss Angel. Special, because it's the first time that an inventor of tricks has been awarded this prize. And then it was his fellow magicians who awarded him this prize. Peter received the award for his entire oeuvre: 15 years of innovative contributions to the world of magicians.

Peter regularly gives lectures all over the world, especially for magicians. He explains to his listeners that magic is much more than "doing tricks". As far as he is concerned, magic is entertaining, with input from one's own personality. He also shows this himself regularly during his performances at company events.

"Juggling is pure psychology, in which human knowledge and pattern recognition are very important. Of course, you have to master the tricks and dexterity is useful. But the most important thing is dealing with people. Personally, I don't like pulling the wool over people's eyes and making them look stupid. On the contrary, I like to let them leave with positive energy and I do that by showing myself. I want to be part of the audience. It's all about personality and the so-called 'likeability factor'. This is who I am and I want people to choose me for me, not just for my tricks."

Hire or book Peter Eggink - Table-Magic is best done here via Showbird.
This act is suitable for event types:
Wedding Birthday Celebration / Jubileum Kids party Student party Business party Reception Fair / Congres Opening Horeca line-up Shopping / Market Holiday / Local feast
You have 1-on-1 contact with the artist
or his/her personal manager.
Do you have a question about this act?
Pose it in your request for the artist.