Band , Pop/Rock
The artist is residing in Dordrecht 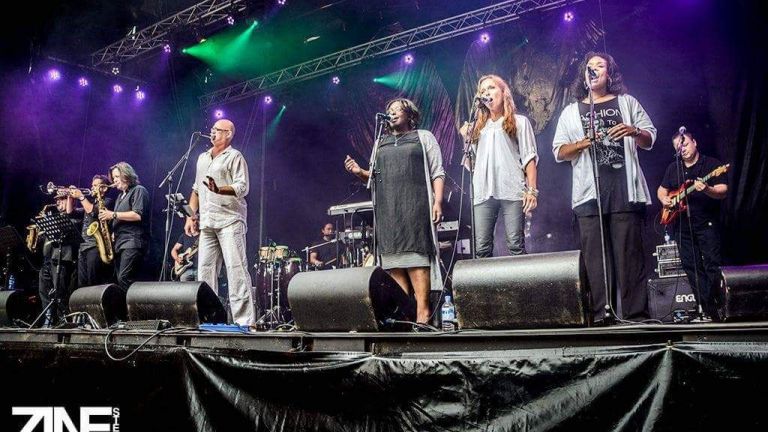 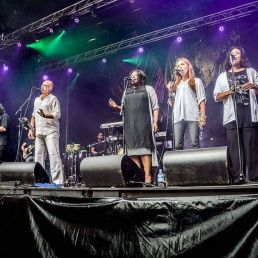 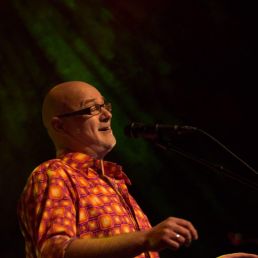 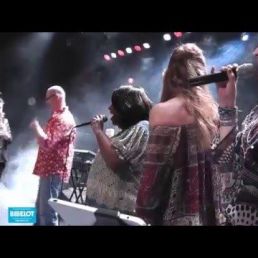 Hi, we're the Maddogs & Englishband. The legendary live album Maddogs & Englisms by Joe Cocker is our business card. Book us for your festival or other event and go back to the sixties with a 13-piece band for 1.5 hours

Hello, we're the Maddogs & English Band. The legendary live album of Joe Cocker is our calling card. Check out the link to Youtube, our Facebook page, and our site. When you book us for your festival, or any other festive occasion, we'll show up with 13 music freaks who will take you back, for an hour and a half, to the 1960's decade of love.

Somewhere at the beginning of 2007 singer Elroy was asked after a gig if he wanted to do a project with his band, The Few, for the Big Rivers festival in Dordrecht.
That project was the legendary live album of Joe Cocker, Maddogs and Englishmen.
The album was pulled out of the mothballs and listened to...
And wow! What great music. Everybody excited. But time was of the essence, Big Rivers was three months away. And the record wasn't just a band, no, a horn section, backing singers, percussion... ...and there were five of us! The musician network was tapped and in quite a short time there was a team of top musicians in the rehearsal booth.
The gig at Big Rivers was a big success.
The band stepped off the stage and was immediately approached for more gigs.
Not surprising. The band grooved, swung and rocked like the nits. The pleasure and fun in making music splashes off the stage!
Now 10 years later still. This music never gets boring.

The band consists of:

Somewhere in early 2007 after a gig, singer Elroy was asked if he and his band, The Few, wanted to do a project for the Big Rivers Festival in Dordrecht. That project became the legendary live Joe Cocker album, Maddogs and Englishmen. The record got pulled out of the mothballs and put on the player. And wow! What a great music! Everybody was enthusiastic ! But time was short, because Big Rivers would be in three months and the record was not made by just some band, but with a brass section, background singers, percussion, and we were only with five! The musician network was scoured and in a short time we had a bunch of top musicians in the rehearsal room. The show on Big Rivers was a great success. The band got off stage and was immediately approached for more gigs. Not surprising. The band grooved, swung and rocked like crazy. The music set the stage on fire. Now, after 10 years, it's still the same. This music never tires

Hire or book Maddogs & Englishband. Tribute to Joe Cocker. is best done here via Showbird.
This act is suitable for event types:
Wedding Birthday Celebration / Jubileum Student party Sports event Business party Fair / Congres Opening Horeca line-up Festival Shopping / Market Holiday / Local feast
You have 1-on-1 contact with the artist
or his/her personal manager.
Do you have a question about this act?
Pose it in your request for the artist.

The artist is residing in Dordrecht