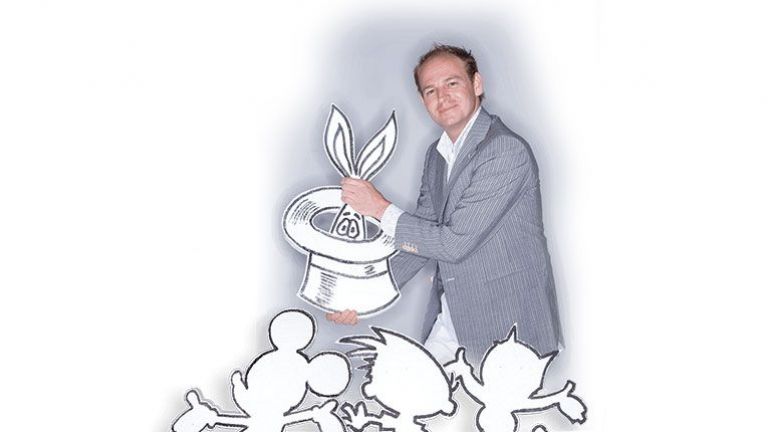 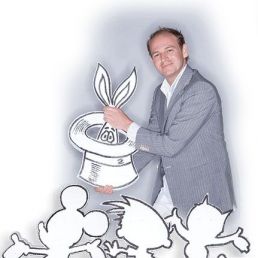 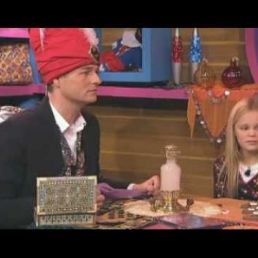 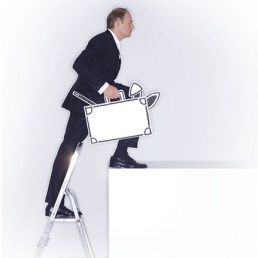 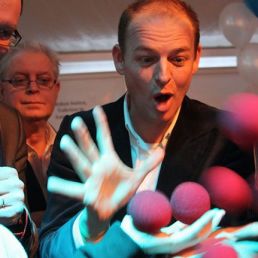 With magician Justin Vliegenthart it will always be a wonderful experience, a magical experience at top level!

This director of primary education was already doing a lot of magic when he himself was just in primary school. Because he was given a magic box on his sixth birthday, he became addicted to magic. This was followed by many other magic boxes. When he was 14 years old, magician Justin Vliegenthart gave his first performance and after that he specialized in table magic, ballooning and magical children's shows.

From the age of twenty, magician Justin Vliegenthart worked for the most part as a table magician with his table-magic. In the years that followed he became more and more an all-round magician. His dexterity was sharpened, the tricks became increasingly brilliant and pickpocketing also became a specialisation.

Partly because of the impact of his magic, this 'gentleman of magic' plays with the amazement and amazement of the audience.

Magician Justin Vliegenthart is the magician who will sprinkle magic on your party with strong samples of magic and entertainment at the highest level.

Fun, relaxation, humour, interaction, improvisation and dexterity are core qualities that make magician Justin Vliegenthart who he is. He belongs to the top of the magicians and he offers 100% class and quality. Whether it is a family celebration or a formal or informal dinner, a relationship day or a festival.