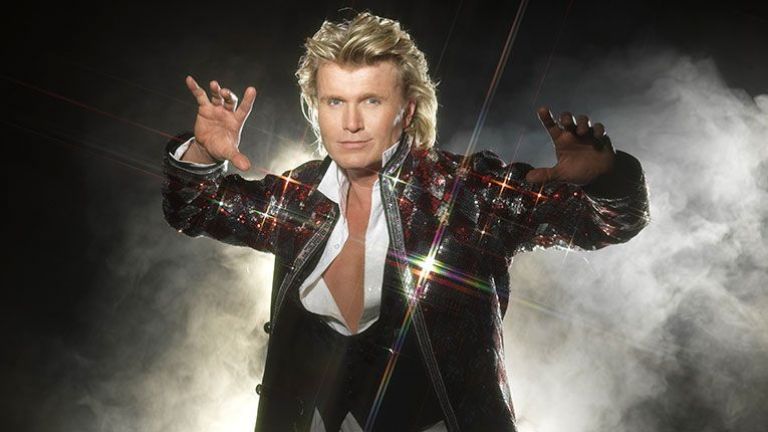 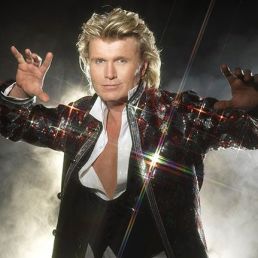 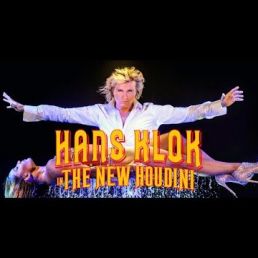 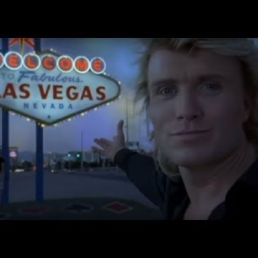 Hans Klok, one of the best illusionists in the world and known as "The fastest magician in the World"! Give your event a magical and unique touch with a performance of this world-class artist!

ILLUSION SMALL SHOW:
Hans Klok's 20-minute stage show with one of his Diva's is a succession of different illusions and magical effects. This act can be performed on a large stage, but is also very suitable for the somewhat small stages, on a raised dance floor, or on the ground floor with the guests.

ILLUSION SHOW BIG:
This fantastic illusion show for events and gatherings is a fusion of the best illusions from his theatre show. Together with his Diva's of Magic he will show the and amazing after the other bizarre illusion.

Illusionist Hans Klok is a world-class artist and needs no further explanation. After working in Las Vegas with Pamela Anderson, being a guest in television shows all over the world and being in almost all theatres, he presents his show night after night in front of packed halls. He proves time and time again to be the best in his field.

His career started, just like many other magicians, with a magic box he got before his 10th birthday. After some good practice and performing for family and friends, Hans Klok became Dutch and European Youth Magicians Champion and won the 'Wenegini Prize'. In the Netherlands his definitive breakthrough came thanks to his theatre show at Duinrell amusement park and his guest appearance at the André van Duin Revue in 1993. This was followed by performances in Frank Wentink's 'Dinershow', National and International television programmes (including The World's Greatest Magic) and his own theatre shows.

At the beginning of 2002 Klaas Klok, Hans' father, dies. He was the driving force behind Hans Klok's company.
In the summer of 2002, illusionist Hans Klok can be seen in the new Efteling Theater. This is followed by a European tour with his show 'History of Magic'. This was followed by talks with producer Joop van den Ende. Stage Entertainment Magic was founded in 2006 and in 2007 magician and illusionist Hans Klok spent six months in Planet Hollywood in Las Vegas with his show 'The Beauty of Magic', in which Pamela Anderson assisted him. At the end of 2005, during the draw of the World Cup, Hans conjures up the World Cup, which was excepted all over the world.

Thanks to Stardust Circus International, the production company of Henk van der Meijden and Monica Strotmann, the fastest illusionist in the world produces several shows: Hurricane, Magie der Weihnacht, The Houdini Experience and The New Houdini. With this show Hans Klok travels along the major theatres in the Netherlands, Germany and Austria.
The Houdini Experience ran in The Peacock Theatre on the London West End. It also breaks his own world record in the French television show Le Plus Grand Cabaret du Monde, with 15 illusions in 5 minutes.
In 2014 he will be invited by Princess Stephanie, to be the first illusionist ever to participate in the Circus Festival of Monte Carlo. He will receive the crowning glory when he wins the Silver Clown. A great honour for Hans Klok.
In August 2014 The New Houdini toured the Netherlands for the last time. In December of that year Hans performed in his own 'Illusionen Palast' in Hannover. The show was so well received that The New Houdini went on tour through the rest of the country.

In 2016 it was time for a spectacular new show: Hans Klok's House of Horror. This show premiered in August 2016 at the Royal Theatre Carré in Amsterdam. The show was embraced by press and public. The AD calls the show out of the Top 3 best shows of 2016. In 2017 the show will return to the Dutch theatres and will also tour Germany and Austria. We like to keep you informed about the developments.

In addition to his own theatre shows, Hans Klok also performs at events, meetings, parties and celebrations. He has a small show, in which he and one assistant perform the most wonderful illusions at a fast pace, to hip music and rock solid. He also has his big show with his Diva's of Magic, which can be extended with dancers and special effects.

Note: Price & time are indicative! If you are interested or would like to receive more information about the possibilities and prices, please feel free to contact us