Band , Country
The artist is residing in Hoorn (Noord Holland) 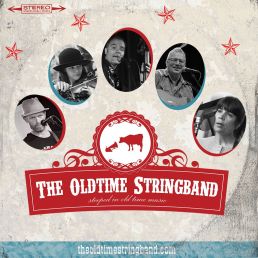 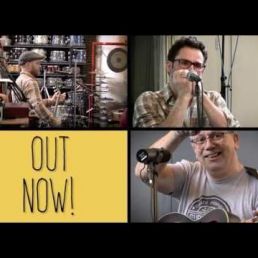 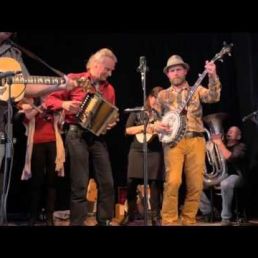 The Oldtime Stringband comes from Hoorn and Amsterdam. They play a mix of bluegrass and oldtime music.

The Oldtime Stringband comes from Hoorn and Amsterdam. They play a mix of bluegrass, americana and oldtime music.

Founded three years ago to accompany a documentary presentation about cow painter Ruud Spil. Now five years later we are three CD's, three English tours, a California tour and many domestic and Belgian performances further on

The second CD "Chicken Crows For Day" was released in May 2014 and was well received by the various media. Several radio appearances were the result and good reviews in magazines (Revolver's Lust For Life). Occupation: guitar, banjo, double bass, guitar and fiddle

In 2016 we released our third CD Cat's Got The Measles. This is again a mix of our own songs, traditionals and a few covers. In England, Belgium and the Netherlands various reviews were published in magazines and on websites. The reviews were all positive to very laudatory

Hire or book The Oldtime Stringband is best done here via Showbird.
This act is suitable for event types:
Wedding Birthday Celebration / Jubileum Funeral Business party Opening Horeca line-up Festival Shopping / Market Holiday / Local feast
You have 1-on-1 contact with the artist
or his/her personal manager.
Do you have a question about this act?
Pose it in your request for the artist.