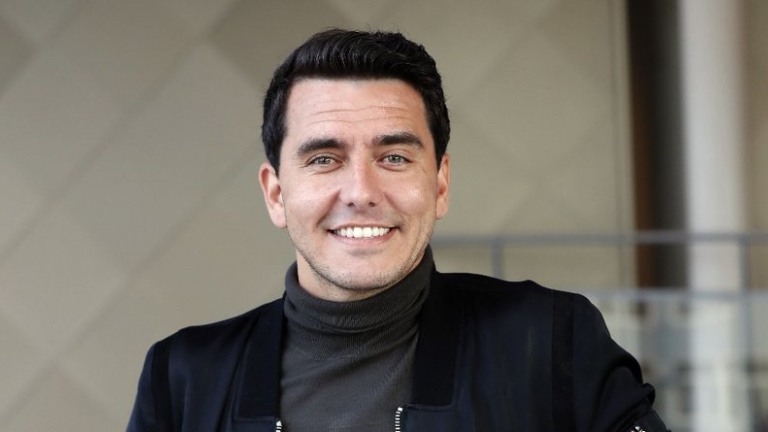 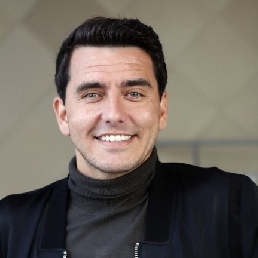 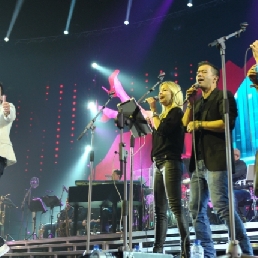 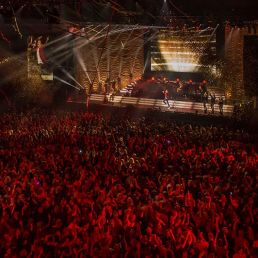 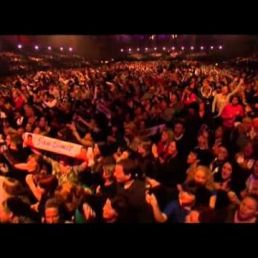 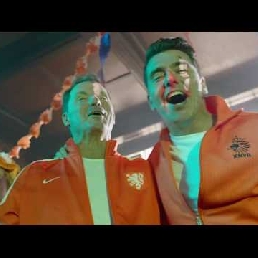 Jan Smit no longer needs any introduction. Because of the many number 1 hits everyone knows a number of him. Jan Smit at your event is guaranteed to be a success.

- Jan Smit plays with band a set of 1x60 minutes on location.
- Plugging in on present sound system

Without any form of stage fright Jan Smit enters the stage as a member of the choir De Zangertjes van Volendam at the age of ten to sing the duet Mama with BZN singer Carola Smit. Six months later his name is in the Guinness Book of Records. After The Beatles and Procol Harum, Jantje Smit is the first Dutchman and youngest artist ever to enter the Top 40 at number one, with "I'll sing this song for you alone".

The men of BZN (Jan Keizer, Jan Tuyp and Jack Veerman) create several successful songs and get a foothold in Germany with Jantje, thanks to manager Jaap Buijs. The possibility of the Schlager music market is mainly tried out because Jan is only allowed to perform a few times a year in his own country due to labour regulations. With his eastern neighbours there is no age limit, he wins one song show after another and even, at the side of Austrian Oswald Sattler, conquers the most prestigious music prize: the Grand Prix der Volksmusik, with "Ich zeig dir die Berge". As a teenager, the Volendam artist spends most of the year in Germany, causing "der Lausbub" (the rascal) to say goodbye to the life of a student at a young age because of long tours abroad. It earned him the Export Prize in 2001, as the best selling Dutch product abroad.

A short trip to South Africa is made and as a brand new ambassador of SOS Children's Villages, Jantje visits Thailand and other countries. After millions of kilometres by car, airplane and helicopter between the Netherlands, Germany, Austria, Switzerland and northern Italy, at the age of seventeen the course changed somewhat. With new songwriters (his fellow villagers Cees Tol & Thomas Tol) they work on a new start in their own country. In addition, the singer starts writing himself, together with his buddy Simon Keizer, who will later break through with Nick & Simon. In 2004 the momentum is there. During one of the many performances at a Pirate Festival singer Jannes advises his colleague from Volendam to start "When the night disappears". The song in question is not on the tape he brought along, but turns out to be extremely popular in the region concerned. Indeed, when Jan sings the first words, the roof goes off. His presence with presenter Bridget Maasland during his TV show "Bridget's Triangle" turns out to be equally refreshing. Jantje has become Jan and with his own reality soap "Gewoon Jan Smit" (Just Jan Smit), he grows into a national teddy bear. Who breathes new life into the Dutch song. "Gewoon Jan Smit" even wins the Televizier Ring in 2005. The number of number one hits increases, an Edison and Golden Harp become his share and he shines in underpants on the catwalk in C&A's TV commercial. The recipe for the renewed success also lies in the fact that Jan visits the fans and holds autograph sessions in every new single or album in every corner of the country, as well as visiting regional radio stations in addition to national radio stations.

The program "De Zomer Voorbij" (The Summer Beyond) makes its appearance, in which Jan, Nick & Simon and the 3JS also receive other guests from Holland at their holiday destination somewhere in Europe. In 2007 Jan is silenced due to voice problems. An operation turns out to be necessary. Apart from the fact that it turns out to be a congenital disorder, he himself later indicates that there has been an overgrowth. Since then Jan has his vocal cords checked regularly. In 2008 he returns with Stilte in de Storm and celebrates his comeback on Queen's Day during the Museumplein concert of Radio538.

"Silence in the storm" will be his seventh number one hit. In the summer of 2009 the same happens with "Tuintje in mijn hart", a duet with the Surinamese singer Damaru. Later that year he makes his entrance as presenter of the TROS tv show "I know what you did", in which fellow countrymen are hypnotized, which leads to all kinds of hilarious situations. And afterwards he also presents the programmes "TROS Muziekfeest op het plein", "De Beste Zangers" and also the television show about Sixty Years of Television. In the meantime Jan and his music comrades from his own village (Nick & Simon and 3JS) commit themselves for three seasons to football club FC Volendam as shirt- and main sponsor, with Votown All Stars.

A year later he becomes a father for the first time. Together with fellow villagers Liza Plat, whom he married a year later, he had a daughter, Emma, on 17 November 2010. From a previous marriage Liza already has a daughter named Fem. In "Nobody as proud as us" Jan puts his feelings as a brand new father after the birth of Emma and that song also takes first place on the hit list.

In 2012 he not only presents "The National Song Contest" (after he had defeated the "Eurovision Song Contest" for the first time a year earlier as co-centator of Daniel Dekker), but 2012 is also a jubilee year. Jan Smit, only 26 years old, has been in the business for fifteen years and starts his own record label, Vosound Records. There will be a compilation album, five anniversary concerts in Ahoy and his biography "Het Geheim van de Smit" will appear: a bestseller. Not only his life story is recorded, but also a lot of people from his immediate surroundings tell their stories. From his sisters to the roadies, from Gerard Joling to Edwin Evers, from Nick & Simon to Albert Verlinde.

At the end of 2012, the film "The Bombardment" will premiere, a story set in the Second World War in which Jan plays the leading role as Vincent de Graaf, boxer, baker boy and hotel piccolo. In view of the hundred thousand visitors who enter the cinema in no time at all, director Ate de Jong's film is awarded the Golden Status.

Meanwhile singer Gerard Joling joins record company Vosound and for one of his next CD's Jan writes some songs, as well as for sister Monique Smit, who will form a duo with Tim Douwsma. Also (country) singer Jacky (Jacqueline van der Griend) releases her debut album under Jan's wings.

In that jubilee year Jan himself laid the first foundation for a comeback in Germany. Seven years later he returns to his second homeland. In March 2013 he makes his comeback on German TV; in the ARD program "Das Frühlingsfest der 100.000 Blüten" his single "Bleiben wie du Bist "is launched, from the album with the revealing title "ch bin da". After the TV appearance, the single can be downloaded free of charge for 24 hours. After five minutes the site is already unreachable. This time they try to reach a much wider audience "with pop music".

On 23 August 2013 Jan and wife Liza become parents of a son: Senn. In the fall the album "The Rockfield Sessions, Unplugged" will be released. In addition to some German songs, Dutch songs of the last ten years, some of which were never released on single, will be dissected and played back acoustically at the legendary Rockfield Studios in Wales, in which bands with world fame such as Queen and Oasis also recorded their hits.
At the end of that year Jan also exchanged the big halls for a new concept: the intimacy of the national theatres. Jan Smit nearby, that suits him best. Father, man, cuddly and touchable, pure and entertainer, for large and small audiences, for all walks of life. Jan Smit mainly belongs to himself and his family, but a bit of everyone.

In 2016 Jan Smit was in the business for 20 years. With the "Elfstedentour" Jan Smit came to the fans from the beginning of September 2016. The Elfstedentour was his first tour since the "Leef Je Uit Tour" from 2010. This tour is a special tour, Jan Smit celebrates his 20th anniversary together with his fans. This tour is a real hall tour and Jan is really looking forward to it! Also his new album called "20" will be released.

Gerard Joling, Jeroen van der Boom and René Froger recently announced on RTL Late Night that Jan Smit will join the successful formation as the fourth topper. It's no big secret that this is a dream come true for Jan. René Froger says: "He hasn't missed an episode. He has been all these years. He's such a Toppers fan and he's also been a guest."

Currently Jan Duistland, Switzerland and Austria continues with the successful KLUBBB3 formation. KLUBBB3 came into being spontaneously as a joke, but the concept has grown into a real hype. The three gentlemen can hardly comprehend it: "We agreed right away that we will never part again," says a very happy Jan Smit