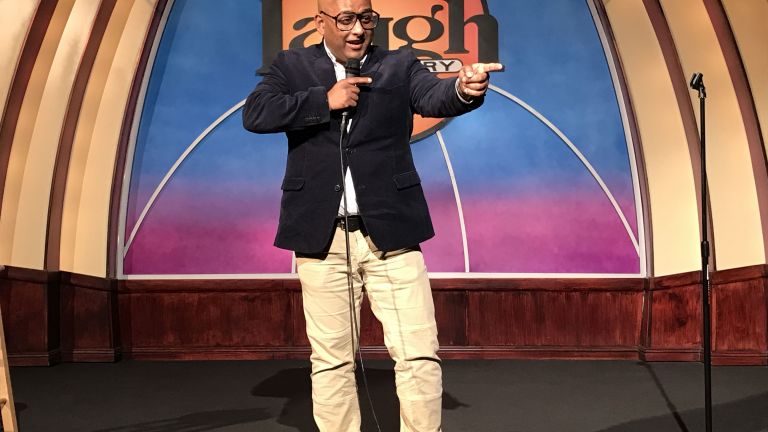 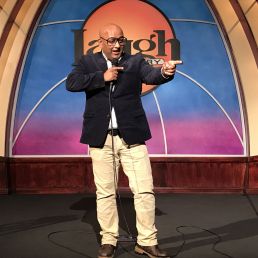 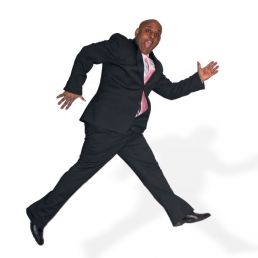 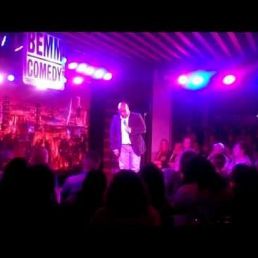 Who is Mino? Mino is a stand up comedian/presenter/entertainer of the highest order. He was born in India and in his infancy immigrated with his family to the Netherlands. Here he has combined hilarious stand up jokes with his upbringing in the Netherlands by his Indian parents. Mino also likes to make jokes about his experience in business. There are times when he uses a funny Indian accent to entertain the audience and make them laugh over and over again.

Mino can do many acts such as An act/fake speech where Mino pretends to be an Indian who has been sent from the head office to put things in order. Of course it is all about a lot of hilarity. It is also possible to write a custom made speech in which your company and prominent figures are ridiculed.

Important! There is a laughter guarantee on Mino's shows, no good, no bill!

3 to 6 m2 stage and microphone and silence and attention

No noise or ambient noises