Down by the jetty

Band , Coverband
The artist is residing in Kesteren 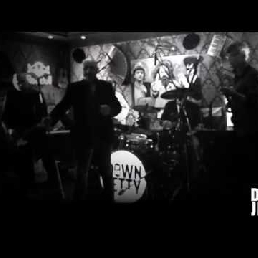 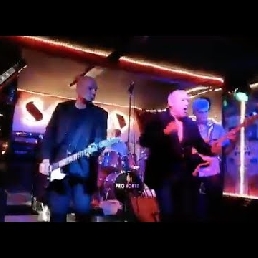 The name "Down by the Jetty" is derived from the title of a song by the British rhythm & blues band Dr Feelgood. Uncomplicated and straightforward, as pub rock is meant to be. Think classics like: All through the city, Going back home, She does it right and Roxette. Back to basics under the influence of pub rock heroes like Dr. Feelgood, Mickey Jupp, Nick Lowe. Down by the Jetty takes you back to the pub rock scene of the seventies. Where, at the Hope and Anchor pub, it all began.â

- The given price is for a performance of 120 minutes. Shorter or longer is possible
- If sound engineering is required, an additional €250 will be charged
- Please leave your specific requirements in the inquiry

Down by the Jetty was formed in 2016 and consists of experienced gentlemen. Through many detours, from blues, rock&roll to Dutch-language projects, they have now found each other to share the passion for pub rock with you now.

Nick Lowe
Heart of the City

Wilko Johnson
Roxette
For this act you can not make special song requests.

Hire or book Down by the jetty is best done here via Showbird.
This act is suitable for event types:
Horeca line-up Festival Holiday / Local feast
You have 1-on-1 contact with the artist
or his/her personal manager.
Do you have a question about this act?
Pose it in your request for the artist.

The artist is residing in Kesteren