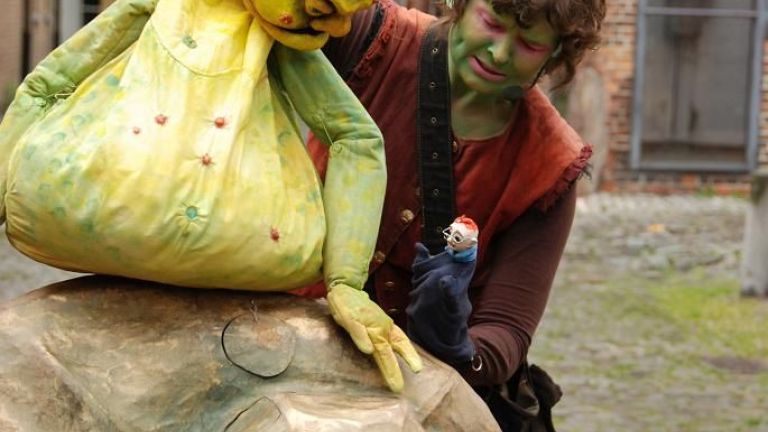 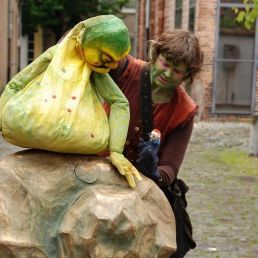 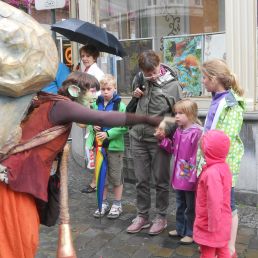 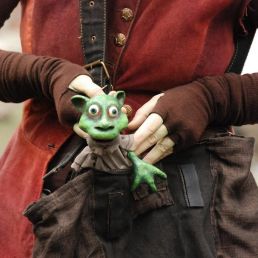 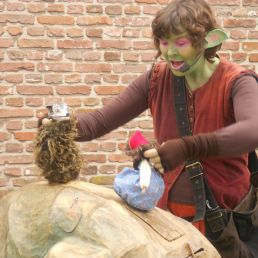 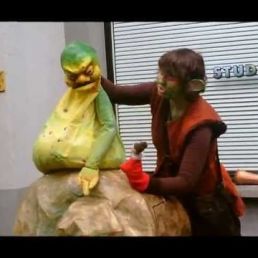 The street theatre play "Stories from Murmla" is about the joy of storytelling and the desire to listen to it. It is a walking act that always moves around and then shows short scenes on location for about half an hour. It can be played on the street as well as indoors

With a giant snail shell on her back, the goblin Ragna travels around the world to enchant people of all ages with short and quirky stories. She is one of the rare storytellers who keeps all the existing stories in the even rarer story snails alive and cherishes them.
"Once upon a time there was a giant, that hot Gargatz, who lived alone on a mountain for over a hundred years. In his cave..." This is the beginning of one of the countless stories that the goblin Ragna gets inspired by her giant snail shell. Then she opens shutters on the snail shell, to conjure the story out and bring it to life. In the snail shell, frog giants, card-playing wolves, quirky lucky fairies and many other special characters await their chance to tell their story

Hire or book Stories from Murmla is best done here via Showbird.