Band , Other
The artist is residing in Rijswijk (Zuid Holland) 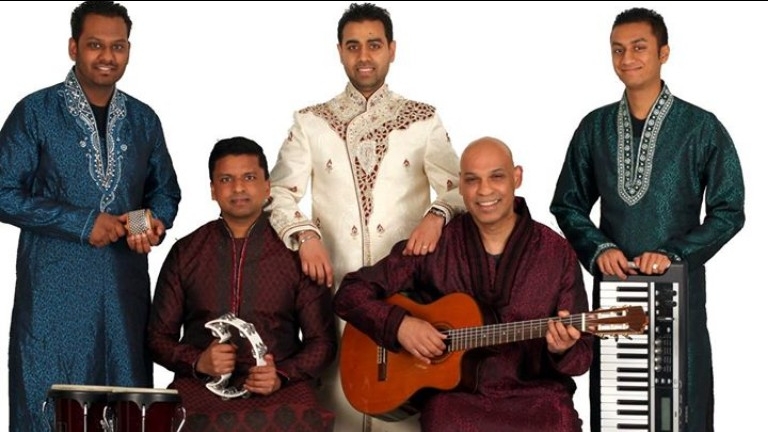 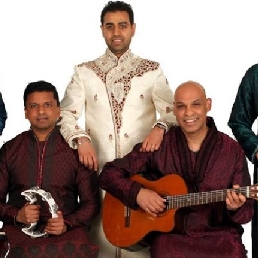 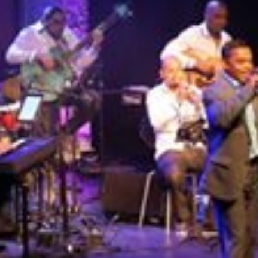 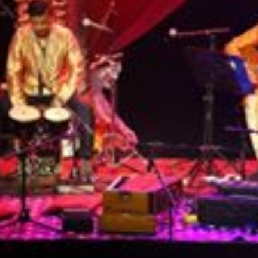 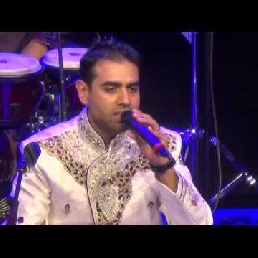 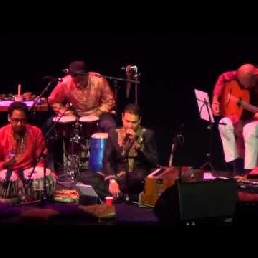 Swareed is a harmonious formation and takes care of all kinds of parties. bollywood, ghazals, bhajans, qawwali, that's their specialty. By striving for pure music, they let everyone enjoy their music. Feel free to apply via Showbird and discover it now.

To the Sanskrit word for the pure and balanced 'middle note' with which mantras from the Vedas are sung, Swareed is a striving for pure music. Our group aims to provide the listener with melodic music of all times and genres. Whether it is ghazal or qawwali, filmi or bhajan, with Swareed we take the listener to a colourful atmosphere. The own sound, the harmony and the diversity in which music is made, is what makes Swareed as a group so special.

Swareed - consists of artists, each with their own background but together a shared vision: music is harmony, music is balance, music is pure and pure. Bringing recognizable melodies in a contemporary way is the goal of Swareed, and the artists of Swareed bring together their special experiences with music.

Ravinder Singh Bedi, born in Rotterdam, started already at the age of 3 with singing lessons from his father, Mr. B.S. Bedi, who himself completed the conservatory in India. At the age of six he performed for the first time for a large audience. Until the age of thirteen Ravinder performed regularly together with his father. After a long period of silence it was time for music again and in 2007 he founded his own music group: Swareed. In Swareed Ravinder gets the opportunity to sing songs of all times and genres.
Besides singing in Swareed, Ravinder is regularly asked to perform as a guest singer with listening concerts by Avishkar (conducted by Ronny Bhikari), Mumbai Beats (conducted by Wirin Kishoendajal) and other independent (theatre) projects.
Dinesh Ramcharan, born in Rotterdam, started playing the dholak at the age of 6. This development contributed, among other things, to his growing passion for (Indian) music. From the age of twelve he learned to play the tabla with Mr. Mohkamsing. Subsequently Dinesh learned a number of specific tabla-aspects from Mr. Bhattacharya. In order to understand the music even better, Dinesh learned Indian Vocal from Mr. Rishi Dhir. Furthermore Dinesh has gained his musical experience in the field of light classical Indian music. Since the end of 2009 he is part of Swareed where he gets the opportunity to further develop himself as a musician.
Awienaash started playing keyboard when he was 14 years old. In the first years he had lessons from a teacher and thus increased his chord knowledge. In order to gain more experience, Awienaash joined existing music formations and gained a lot of stage experience. Furthermore, Awienaash regularly plays in the mandir, where he gets the opportunity to put his own creativity into practice, without sacrificing the feeling of the bhajan. Since 2011 Awienaash has strengthened the group Swareed through his modern input and enormous motivation. Awienaash wants to further develop his skills in Swareed and gain more experience in all the different genres that Swareed performs.
Rahul Samlal started playing drums at the age of 15. He then joined the Surinamese-Hindustani music group Varisha in which he played for years. Eventually he hung his drumsticks on the willows and devoted his time to his work and family. Later he picked up the music again by starting with acoustic guitar. This led to a period of musical acquaintance with the music formation Swareed. Since 2011 he is the regular guitarist of Swareed. Besides playing the guitar, Rahul also takes care of the backing vocals.
Rajender Khemai started making music at birthday parties within his (musical) family when he was 10 years old. He started playing side rythyms. Then he started playing bass guitar. After years of doing nothing musically for a while, Rajender has been a fixture for music formation Swareed since 2012. In Swareed he not only plays the side-percussions, like the bongo or cayon, but he also takes care of the backing vocals.

Hire or book Swareed is best done here via Showbird.
This act is suitable for event types:
Wedding Celebration / Jubileum Business party Reception Opening Festival Shopping / Market Holiday / Local feast
You have 1-on-1 contact with the artist
or his/her personal manager.
Do you have a question about this act?
Pose it in your request for the artist.

The artist is residing in Rijswijk (Zuid Holland)