Actor , Character
The artist is residing in Amersfoort 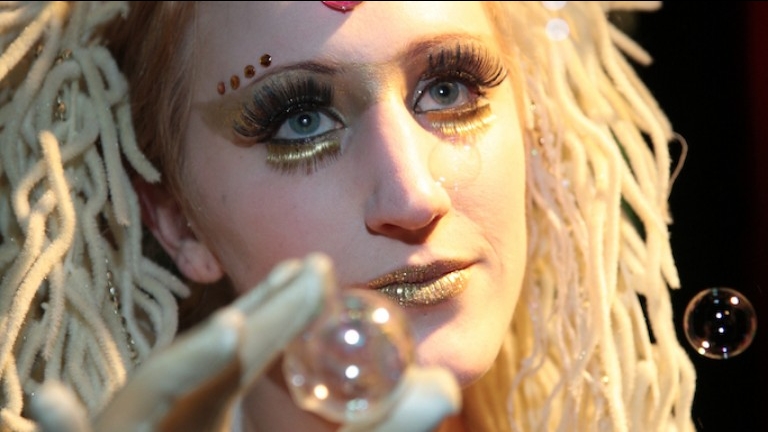 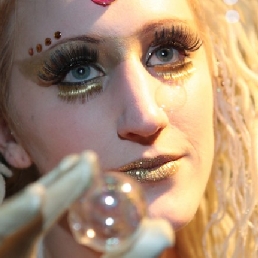 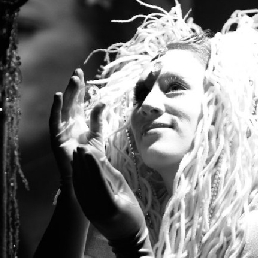 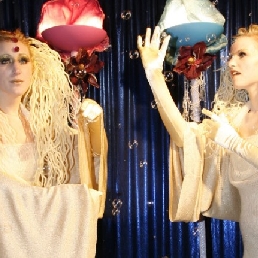 When the moon is full she shines everywhere! Would you like your guests to shine? Then give them a sparkling bubble-blowing performance by the Luna Ninas. These girls will give you an extraterrestrial performance to remember.

Unique act! The Luna Ninas catch soap bubbles and can be used as a movement performance on the street or at an entrance.
-1 person
-Also bookable as Duo for €975 (excl. 9% VAT and travel expenses 0,35 cents per km)
-Performance time: 3 x 40 minutes within a half day of maximum 4 hours.
-Including bubble blower and music
-Walking act
-Can also be used as living statue or reception act for a golden theme (1 or 2 persons)

BACKGROUND INFO:
Floor van der Poort is a quirky and versatile singer and theater maker and has been a performing artist for about 12 years.

In the field of mime and entertainment, she has already done many beautiful performances with her company BellaMime.
Mostly together with her father (mimeplayer PIETRO) who is also an artist and mimeplayer.
He has shown her that it is possible to practice a creative profession.
For example, Peter and Floor were seen as mimes with Sieneke during the Eurovision Song Contest in 2010, they performed during the presentation of the Golden Television Ring in Carre, and for Queen Beatrix.

After the release of her self-written musical theater song 'Alone' Floor had more than 1000 views within a day, and was then invited to sing her song LIVE at 3FM, after which she even WON the 3FM contest on Herman Hofman's item!
Floor is with her self-written song 'I Am' on the CD Knalland, and was a guest of Giel Beelen and others.
Knalland was also a guest at De Wereld Draait Door.

Floor has always had a great urge to create something unique.
Her greatest passion, singing, she has continued to develop in recent years.
Partly thanks to the Vocal and Dance Academy in The Hague where she learned to develop as a solo artist in the direction of musical theater.
In this genre she finds the opportunity to combine all her qualities.

From performing in self-made costumes to small songs that touch.

GENERAL:
Besides her own existing acts, Floor is also willing to make a custom-made act or take on any type of character. If you have any special wishes please mention it with the request.

Hire or book Luna Ninas is best done here via Showbird.
This act is suitable for event types:
Birthday Celebration / Jubileum Sports event Business party Reception Fair / Congres Opening Festival Shopping / Market Holiday / Local feast
You have 1-on-1 contact with the artist
or his/her personal manager.
Do you have a question about this act?
Pose it in your request for the artist.