Singer (male) , Party
The artist is residing in Rotterdam 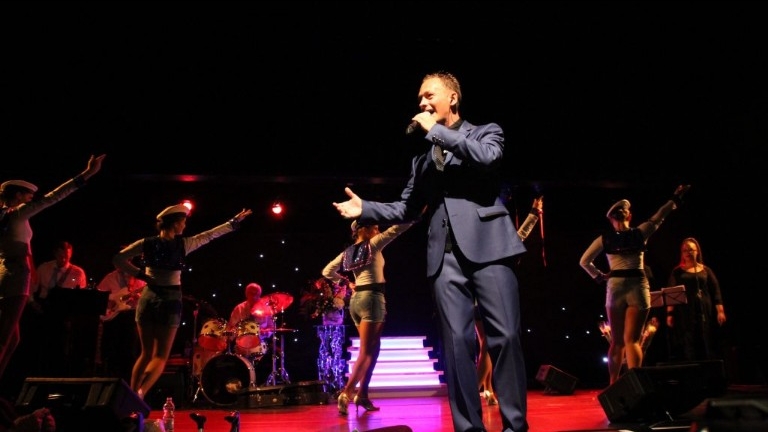 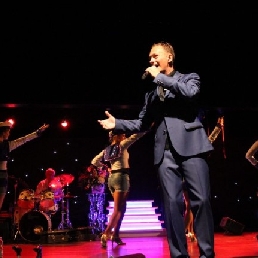 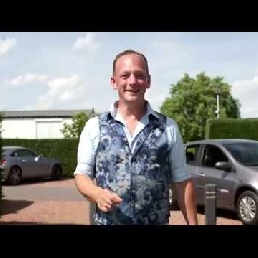 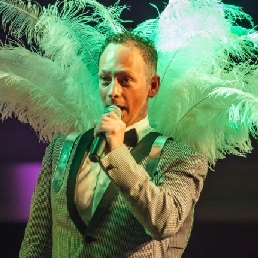 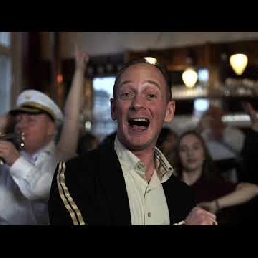 Perry Zuidam has been on stage for many years and always knows how to entertain his audience to the max. His energy makes every performance a success.

Perry has become a much sought after performer at various types of events. Perry's working area is very extensive from cafes, banquet halls to care institutions but also in theaters Perry is indispensable.

Perry Zuidam's career begins 20 years ago, when Perry sings his first song during a guest appearance as a Bandparodist. Immediately he catches the eye of talent scout and producer Annie de Reuver ( She previously discovered Pierre Kartner, Ben Cramer and Corry Konings)

Through advice and support from Annie de Reuver, Perry begins performing around the country and working on his own music. In the early years, Perry releases a number of self-released singles such as "Ik wil met jou naar Rio" and "Je liefde was als warme wijn. Perry's debut single gets a lot of airplay on the radio and catches the attention of Johnny Hoes of Telstar Benelux Musix. With Annie de Reuver Perry travels to the Telstar studio in Weert where Perry records the single "Onder je balustrade" under the supervision of Annie de Reuver and Johnny Hoes Sr. This is followed by the single "Ik ben de Koning te rijk".

In 2003 comes a one-time collaboration with Verdi Music by Gaby Dirne. Gaby wants to record a ballad with Perry and so the song "Lichaamstaal" (Body language) is born, which eventually reaches the third place in the Dutch top 30. After that Perry Zuidam kept quiet on the CD circuit, although his national performances continued.

In 2007 Perry returned with the self-written song "Ja, ik ben gek, maar niet op jou".
An uptempo foxtrot produced by Peter Groenendijk. Partly because of this single Perry gets the chance to perform in a TV show on RTV Rijnmond, which is broadcast from the Luxor Theater in Rotterdam and where stars like Jan Smit and belle Perez also perform.

Immediately Perry gets attention on the radio again and partly because of that Perry decides to quickly come up with a follow-up with the song "Cappuccino" which is produced by Ger Oerlemans. The song is released on the label of Zingend Nederland. This is the start of a 5-year collaboration in which a number of singles are recorded such as "Het is Tijd", "Zondagnacht" and "Winter". Especially the last one often appears on the radio and TV Oranje.

After the success of Winter, Perry got in touch with Hans Bedeker in 2012 and on the Goldstar label the song "I want to be a button on your blouse" was recorded. This proves to be a hit and is listed high on many playlists, and soon comes the follow-up single "Watch it."

In 2014, Perry teamed up with Martin Sterken for a summer record "In jouw ogen schijnt de zon"
After some searching, Perry gets the chance to start releasing singles through Johan Hense's Label VNC Music and starts the current collaboration.

Also, in 2014 Perry makes the decision to choose his profession profession professionally and becomes a full-time artist from then on. In 2015, Perry releases his first single on The VNC Label. The single "I was born without asking" Perry writes himself and the music is composed by Laurens van Wessel. It turns out to be a fruitful collaboration as Perry has since released several singles with this team.

In 2017 Perry Zuidam's debut album "About Life and Love" even comes out and with it Perry's name is even more established. The album gets a lot of attention and is declared album of the week at several major radio stations, such as Radio NL, VBRO Radio and Continue.

In February 2018, Perry released his single "Jij kan niet altijd 16 zijn"-an old hit in a new jacket-and this turned out to score well. Lots of radio airplay, weeks in the request parade of TV Oranje and even in several charts Perry reached the number 1 position with this song.

On June 21, 2018, Perry's latest single will be released. "Zwoele zotte zomer " is an upbeat uptempo summer record with a touch of nostalgia. This can also be seen in the music video, in which a group of senior bastards go camping and have the time of their lives.

The single was premiered by Tineke de Nooij on radio 5 and is now frequently heard on Dutch radio. Meanwhile, the single can also be found in various charts and is in the Dutch top 30 on the 7th place.

Hire or book Perry Zuidam is best done here via Showbird.
This act is suitable for event types:
Wedding Birthday Celebration / Jubileum Student party Sports event Business party Opening Horeca line-up Festival Holiday / Local feast
You have 1-on-1 contact with the artist
or his/her personal manager.
Do you have a question about this act?
Pose it in your request for the artist.