Singer (male) , Other
The artist is residing in Lochristi 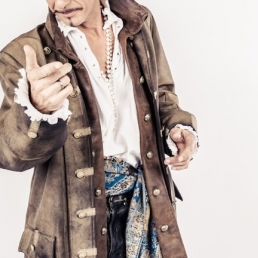 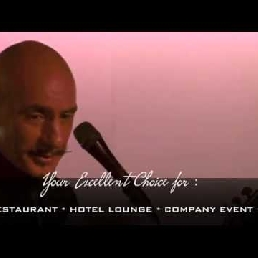 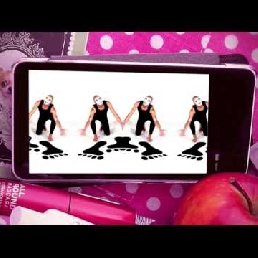 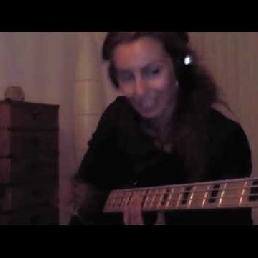 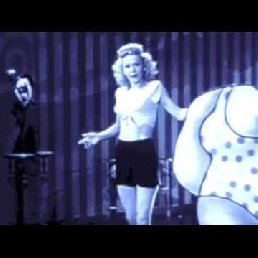 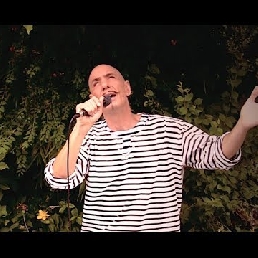 Peter Meyvaert, or Peter for short, had a short-term contract with a record label in the 1990s, which generated some international interest. Soon he interrupted that track to devote himself completely to making television music. He then spent decades as a composer and producer of music for use on television, mainly for VRT and VTM. It was an anonymous job. It was only in 2013 that he emerged as an autonomous live performer, singer, musician, entertainer

Peter's live act stands for a one man band, a house musician. He is there, muses in pleasant sounds and forms with his stage an anchor point for an event, a beacon, a landmark. From the stage event-information is provided and modest contact is made with the audience, who are left completely free to do as they please. But in the first place he plays music, international classics of all times, preferably the one you don't hear much elsewhere, slightly adapted to his own warm style, but still completely recognizable. He does this in environments where a performance contributes to the overall atmosphere of the event, and where a "performance" doesn't have to be an isolated act. There is hardly a time limit. Peter plays the whole event together, between, before and after any speakers or other acts. Whether the foreground or background music should be mentioned is not so clear, because Peter does not take the foreground by means of noisy exaggeration, but gets the attention that fits the occasion as a matter of course. He does not go unnoticed anywhere. His voice is, just like his guitar work, of an exceptional warmth. He allows himself to be supported by uniquely produced rhythm files, in which he played every instrument himself. In this way he creates an ever-changing hi-fi sound with an enormous variety of genres. There is something for everyone, the accessibility is total. The most ideal combination is when Peter opens an event and accompanies it until it's time for a DJ
You can usually find Peter in classy restaurants, hotels, corporate events and dinners, garden events, receptions. During the winter months Peter works in the Canary Islands.

Biography
Peter Meyvaert (pronounced : MEY like the month May, VAERT like the - "vert" in "advert") started off as a studio guitarist as a teenager and young twen, immediately noticed by, and working with, several well known Belgian artists. By the age of 18 he had already produced a number of backing tracks for artists to perform with. Later he joined the ensemble of the well known Belgian actor Marijn Devalck as the band's guitarist for several years. In the 90's he emerged as a singer, astonishing everyone with his warm voice, his exceptional guitar work and charismatic personality. Under the name of "Shane" he produced and released a number of singles and a full album, which launched him onto the world stage, with chart notations all over Europe and South America. Very soon he realised, however, that more interesting challenges lay in the world of film compositions, audio styling, sound design and television music, disciplines in which he has been successful for three decades now. Peter wrote, played and produced about two hundred tunes for use in television shows and commercials, and hours of music for prestigious industrial films and even for a TV-soap. For over a decade his collection of television music made him the most frequently broadcasted composer in Belgium. His music was in every Belgian living room, but his name was hardly ever mentioned. The anonymity comes with the job.
In addition to his passion for music, Peter created, directed, produced and presented several video productions. Being eager for knowledge Peter also joined the team of the legendary television show Blind Date for ten seasons, and pioneered as senior sound engineer for the first Big Brother series in Belgium. But Peter's love for the live pop scene never disappeared. After some tryouts, using several pseudonyms, he reentered the live stages under his own name in 2013
The act
In his solo performances Peter loves to play well known classic and timeless songs in unique versions in his very own glowing warm, classy style. The places where you find Peter performing are usually stylish restaurants, hotel lounges, company dinners, receptions, garden parties. Peter's work fine-tunes the atmosphere at any party, gathering, dinner. Wether it is to be called background or foreground entertainment is very unclear because it is both, everything but invasive, but Peter never stays unnoticed. People feel comfortable, even after hours and hours of performing. He is best classified as "house musician". With his stage he creates an anchor point, a safe haven at every event , dinner or party. When necessary Peter conveys information about the event as a presenter.

Hire or book Peter Meyvaert is best done here via Showbird.
This act is suitable for event types:
Wedding Celebration / Jubileum Business party Reception Opening Festival Shopping / Market Holiday / Local feast
You have 1-on-1 contact with the artist
or his/her personal manager.
Do you have a question about this act?
Pose it in your request for the artist.

The artist is residing in Lochristi