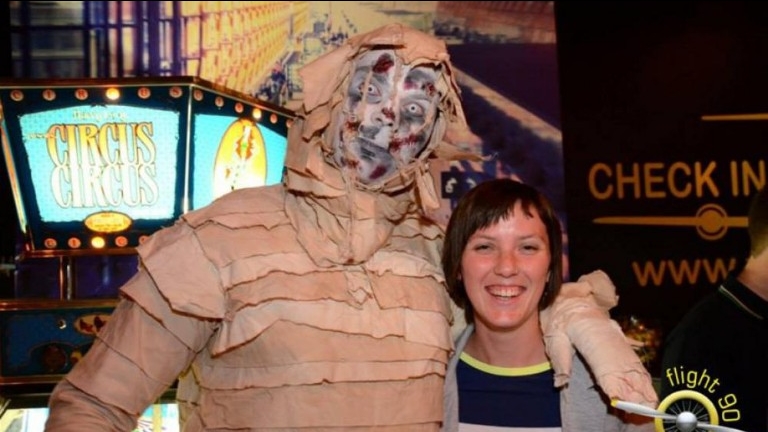 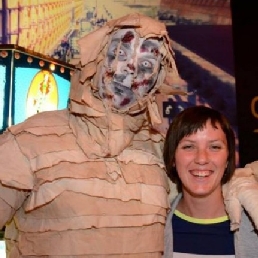 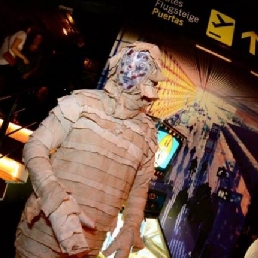 This mummy is not dead, but terrifyingly alive! Add an extra experience to your event, and book this mummy now on Showbird!

Definition according to Wikipedia: 'A mummy is a corpse, usually human, in which the decomposition process has virtually come to a halt after death, so that what remains of the body is not only the skeleton, but also soft parts, particularly the skin. A mummy can be created by preservative treatments or by natural conditions. Many cultures mummified deceased people or took advantage of local conditions to achieve mummification.'

This mummy is not a corpse; it is frighteningly alive.... Nor was it created by preservative treatments or natural conditions, but after Flight-90 non-profit organization commissioned us to develop this mummy. The result: a mixture of beautiful, funny and sinister elements that come together on the coffin of an Egyptologist..

Hire or book Mummy is best done here via Showbird.
This act is suitable for event types:
Fair / Congres Festival Shopping / Market Holiday / Local feast
You have 1-on-1 contact with the artist
or his/her personal manager.
Do you have a question about this act?
Pose it in your request for the artist.