Singer (female) , Rap/Hiphop
The artist is residing in Alteveer (Drenthe) 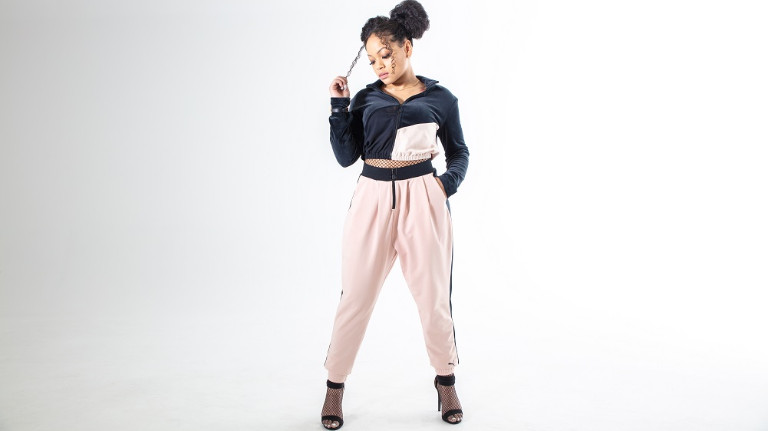 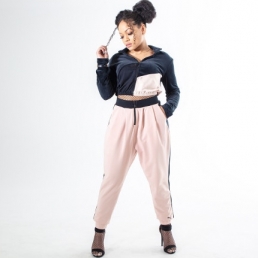 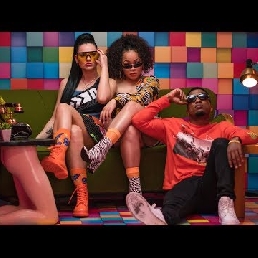 Since we first saw Lauwtje at producer Esko's 101Barz session, the female rapper has become an integral part of the Dutch hip-hop scene. Soon the rapster was able to collaborate with rappers like Young Ellens , JayH , BryanMG and singer Thomas Berge. With her first album LAUWS she achieved millions of streams.

Lauwtje knows how to turn every event into a party. With songs like Boing Boing , Chiki , Call Me and Catching Feelings she knows how to get everyone dancing. We've seen Lauwtje shining at festivals like Woo Hah! And halls like Paradiso. Rapping, dancing and singing she can do it all!

We saw Lauwtje appear for the first time at the 101Barz megasession of producer Esko. With her grimey rap lyrics she managed to win the attention of Dutch hip-hop lovers. With her debut single Dag in Dag uit - released in 2018 - she shows that she has hard bars. On her next single 'Thirsty' in collaboration with Hanse and Jhorrmountain, she shows a more melodic side. The same year a third single called Spring is released in collaboration with D-Double .

In the run up to her debut album Lauwtje releases the singles Litty (ft Young Ellens ), Helaas and Jouw Love (ft Hansie & Josylvio ). In the year 2019 her first full length album called LAUWS will finally be released under the music label Van Klasse . The album grows to a great success and ended up at number 10 of the album top 100. With the song Boing Boing in collaboration with Poke and Famke Louise the female rapper managed to score a hit. In the same year a single was released in collaboration with Thomas Berge called Zij Maakt Het Verschil, this song was part of the album 'Verspijkerd' where several artists made a remake of songs by Van Dik Hout in honor of their 25th anniversary.

At the beginning of 2020 Lauwtje made her debut on public television. Lauwtje was one of the coaches in the program Hiphop Stars. A.o. Danny de Munk, Ernst Daniël Smid, Fien Vermeulen, Karin Bloemen and Michiel Romeyn participated in the program. At Hiphop Stars well-known non-rappers were prepared for their first hip-hop performance. During this trajectory they were assisted by experienced rappers like Keizer, Cho, Akwasi, JayH and of course Lauwtje. Lauwtje set to work with Cabaretier Soundos El Ahmadi and together they made the song "Grab your stuff, Get lost".

Book Lauwtje via ShowBird for your birthday, school party or as a catering line up!

Adele
Rolling in the Deep

Bruno Mars
Locked Out Of Heaven

Katy Perry
Roar (I Got the Eye of the Tiger)

Kings of Leon
Sex on Fire

Moloko
Sing It Back - Boris Dlugosch Mix
Do you have a question or wish regarding the repertoire? Mention it in your request.

Hire or book Tepid is best done here via Showbird.
This act is suitable for event types:
Birthday Celebration / Jubileum Student party Sports event Business party Opening Horeca line-up Festival Holiday / Local feast
You have 1-on-1 contact with the artist
or his/her personal manager.
Do you have a question about this act?
Pose it in your request for the artist.

The artist is residing in Alteveer (Drenthe)