Singer (male) , Pop/Rock
The artist is residing in Drongen 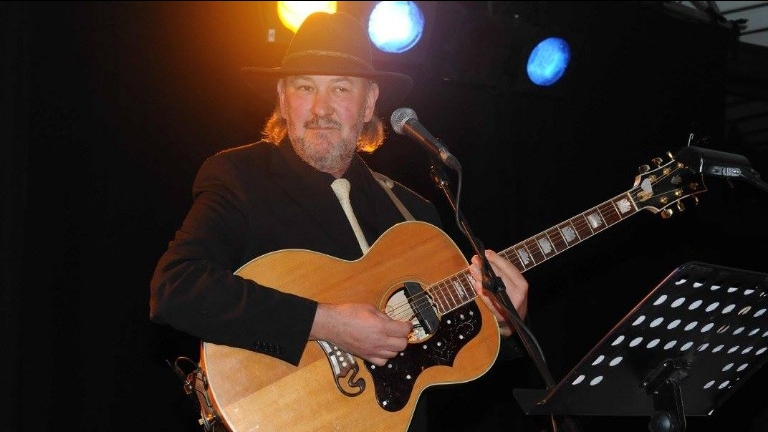 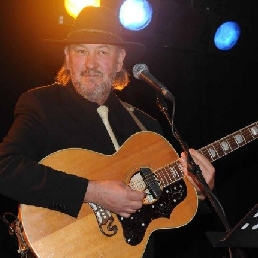 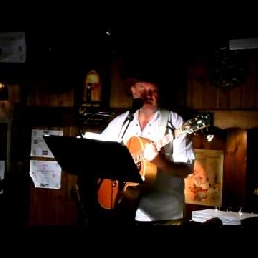 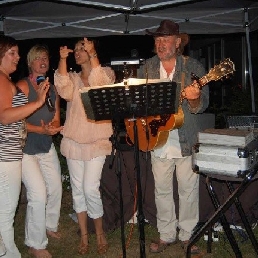 Have you ever thought of karaoke with "live music"?

Everyone knows the 'karaoke' phenomenon, blown over from Japan in the '80s. Now Dirk's programme also offers the possibility for people from the audience to come and sing and this makes the case exciting and attractive.

There is no record, mp3 or other recording which is used, but only the accompaniment by Dirk on guitar and that's very different from singing along with the record : this is just a musical experience !

This always creates a very good atmosphere, because the other listeners are very curious to see the volunteers (indicated or not) at work. It wouldn't be the first time that 'the party pig' of the evening would come to make its own artistic contribution.

Mind you, this doesn't necessarily have to be a continuous evening filling program, but it's good to know that this is always possible during a performance of Dirk. If there are no candidates to come and sing by themselves, there are plenty of songs that Dirk will bring for you.

Price variation
The performance is only acoustic, without playback or the like, purely with acoustic guitar and voice.
The performance can be in Dutch, English, German or French.

Price variation:
Price is €350 including sound material up to 100 listeners and can be extended to 500 listeners at €100. Transport costs up to 100 km from Ghent are included (200 km there and back); extra €0,25km. Everything is negotiable in function of the assignment. The 120 minutes before a performance can be divided into one or more breaks, depending on the assignment.

His first performance was in December 1966 and that's obvious from his current repertoire with songs from the 50's to the present day. And the funny thing is that nowadays especially the youngsters are crazy about the music of the old days.

In 1971 he became laureate and press prize winner of the 'Discover The Star' competition on BRT television, the then 'Soundmix Show', so to speak.

After a varied life as a singer, guitarist, accompanist, composer and having worked with both domestic and foreign artists, Dirk has been singing for you for several hours since 2001 and accompanies himself on acoustic guitar.

When one plays 'covers', requests often come from the audience, and nothing is more tempting than to give in to them. Since the best ideas often come from unexpected angles, the following question did not remain unanswered for long : why not make a list of songs known by everyone and bring them on request ?

Today Dirk's audience is offered a 'menu' with more than 1000 titles from various genres of rock, folk, blues, Country to cabaret and chanson.

A varied program with timeless music in which the audience has its own input and where everyone will (hopefully) be a little happier.

Hire or book Live Karaoke with Dirk de Vriendt is best done here via Showbird.
This act is suitable for event types:
Wedding Birthday Celebration / Jubileum Student party Sports event Business party Fair / Congres Opening Horeca line-up Festival Shopping / Market Holiday / Local feast
You have 1-on-1 contact with the artist
or his/her personal manager.
Do you have a question about this act?
Pose it in your request for the artist.