Actor , Character
(1 review)
The artist is residing in Lede 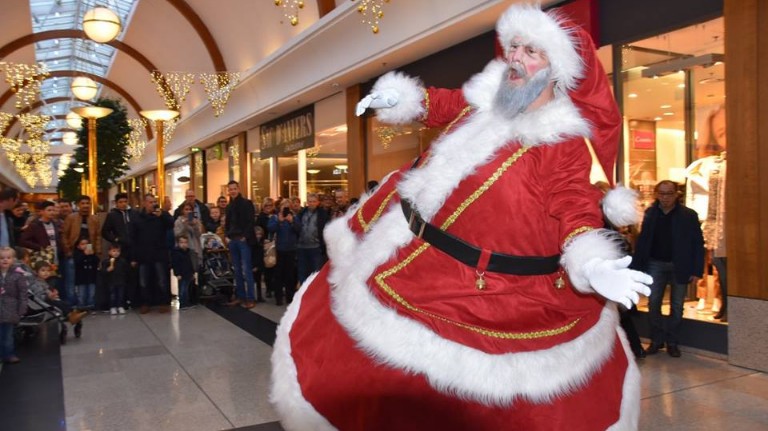 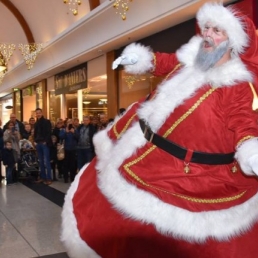 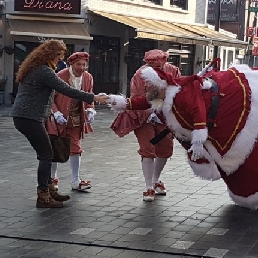 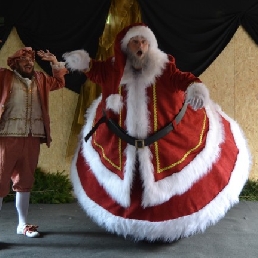 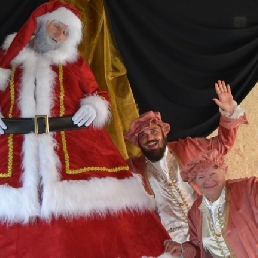 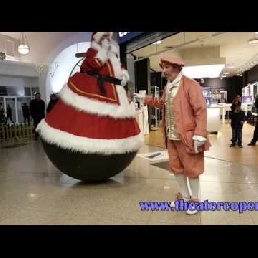 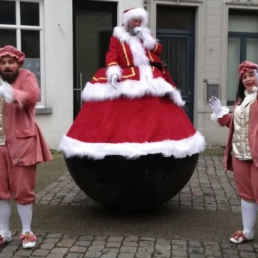 This special Santa Claus will make your Christmas celebration totally special! Can you keep him awake?

The story of Wobbeling Santa:
Slunzie and Klunzie, Santa's 2 toy designers are always looking for a new fun toy to introduce to children. When creating a "Wobbeling Xmas-toy." however, things went a little bit wrong. During Slunzie and Klunzie's break, Santa came into the workshop and saw the new toy and wanted to test it out. The toy wasn't quite finished, which he didn't know, and he pushed and pulled on the ball, but nothing happened. Until he discovered some buttons in the lab with the hope of releasing the special ball. A magical universe of auroras shot through the studio. Santa didn't know what was happening, and without realizing it, he was included in the toys. Slunzie and Klunzie, heard the alarm go off in the studio and rushed to the scene of mischief. Great was their surprise when they saw that their new toys and Santa Claus, had become one. Unfortunately, the universe of auroras has taken so much energy away from Santa Claus that he continually falls asleep. Slunzie and Klunzie do everything they can to wake Santa up and get him back out of the toys, but unfortunately they don't succeed.
With Christmas just around the corner, they see no other solution but to travel through the cities with Santa Claus aka "Wobbeling Santa," hoping to save Christmas. What they did not expect is that people find it so much fun to meet and play with Santa Claus in this way, that Slunzie and Klunzie strongly consider traveling around with Santa like this every year. However, the problem of a sleeping Santa remains, the only thing that can keep him awake is playing with the children or adults around him.
Will you help Slunzie and Klunzie keep Santa awake to save Christmas?

Festoro was a real asset to our event

Hire or book Wobble Santa is best done here via Showbird.
The artist is residing in Lede
See all acts of this artist