Somebody Called Me Sebastian

Singer (male) , Singer-Songwriter
The artist is residing in Leuven 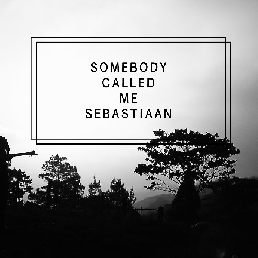 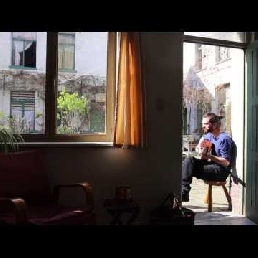 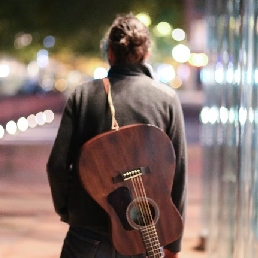 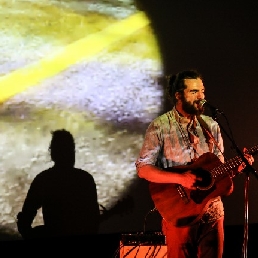 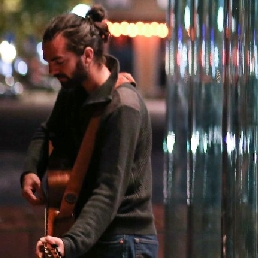 With "Somebody Called Me Sebastiaan" Sebastiaan takes you through the process of a self-discovering singer-songwriter. It's a profoundly human musical story about the endless search for essence, direction and inspiration. Universal in his themes, unique in his vulnerability.

Actually, life is going well.
Actually, Sebastian's got everything he could possibly want
And actually, it's not enough.

Sometimes the longing for what "the other" could be is so great that you put everything away and leave. That's what Sebastian did: go on a journey. Without a plan, but with guitar. Nine months, a lot of questions and one clear answer later, he came back home. With a cartload of songs, images and inspiration. And the inescapable knowledge that the less he searches, the faster things find him

2018
In addition to his performance at the AINSI (Maastricht), Het Stadsmuzikantenfestival (Tongeren) and Dranouter (Muziekbank), Sebastiaan founded Collectief Ablatief together with Ine Verhaert. A music theatre company with more! For MoMeNT they made the performance Puzzel Mij (Puzzle Me), coached by Peter De Graef. He is also finalizing his debut EP which will be released in the fall of 2019.

2017
Last years Somebody Called Me Sebastiaan played on the busker stage of Suikerrock and Leffinge Leure. As a resident at MoMeNT he made a live music performance based on the story of his journey, supplemented with images. He was coached by Jan Straeteman (Score Losers) and Kristof Timmerman. Sebastiaan is currently recording his album, in collaboration with producer Tom Proost (Raymond Van Het Groenewoud).

Hire or book Somebody Called Me Sebastian is best done here via Showbird.
This act is suitable for event types:
Wedding Birthday Celebration / Jubileum Student party Sports event Funeral Business party Reception Horeca line-up Festival Shopping / Market Holiday / Local feast
You have 1-on-1 contact with the artist
or his/her personal manager.
Do you have a question about this act?
Pose it in your request for the artist.