Singer (male) , Pop/Rock
The artist is residing in Dokkum 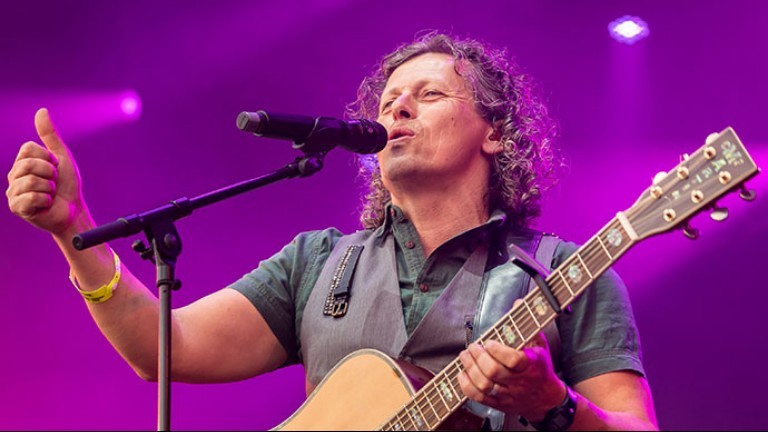 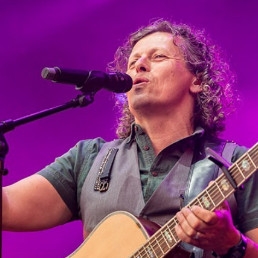 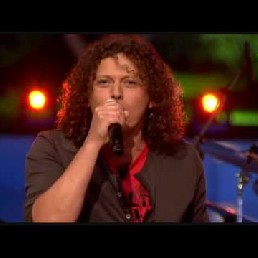 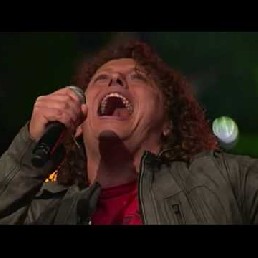 Syb van der Ploeg was born in Dokkum, but lived most of his youth in Zwaagwesteinde. From 1985 Syb played in a band, Wish to Escape, with 'his big cousin' Peter van der Ploeg (guitar), Kees Bode (keyboards), Dick Visser (drums) and Sytse Broersma (bass). In 1992 they decided to make Dutch songs.

The name was changed to De Kast. Drummer Nico Outhuijse joined the band in 1993 (instead of Dick Visser). Their breakthrough came in 1997 with the Frisian song "In nije dei".

In 2002 Syb decided to leave De Kast together with Outhuijse and found an English-language rock band: Spanner. From 2006 onwards, however, Van der Ploeg played together with De Kast again on a regular basis during various occasional concerts and for the recording of the soundtrack of the film De Hel van '63 (Hell of '63). As a side project Van der Ploeg played together with the other band members of Spanner Syb & Band. With their show, they paid tribute to the best pop songs of all time.

Syb also started to develop more and more solo projects as an artist and producer. In 2005 Kayak released a rock opera: Nostradamus: Fate of Man. Van der Ploeg played the role of Julius Caesar Scaliger and joined the theatre tour. From July 12, 2006, he appeared in the musical Rembrandt. In this musical, he was the alternate, the permanent replacement, of protagonist Henk Poort who played the role of the painter. At the beginning of 2007 Van der Ploeg - in collaboration with Mir (better known as Mirjam Timmer of former pop duo Twarres) and Julian Thomas, among others - started a full-length pop performance with the most popular American 'West Coast'-songs of all time called Motel Westcoast. Since 2007 there has been a theatre tour every two years with this group of artists. In 2012, a "spin-off" was added under the name "Best of Britain", which can also be seen and heard in the theatres every two years. So here music by British musicians by almost the same line-up as in
"Motel Westcoast." In 2008 Syb released the 2-language solo album Heilig Vuur - Hillich Fjoer. On this album "Als ik jou zien" is the best known song and appeared as a single and the title song Heilig Vuur -Hillich Fjoer for the film "Snuf de hond in oorlogstijd".

In 2009 Van der Ploeg toured the theatres with the performance Sonneveld Voor Altijd! in which he performed various songs by Wim Sonneveld together with Frits Sissing, Trudy Labij, Suzan Seegers and Roberto de Groot. In 2010 he participated in the programme De beste zangers van Nederland (The best singers in the Netherlands).

On Maundy Thursday, April 21, 2011, Van der Ploeg played the very first leading role of Jesus in The Passion, the musical-Biblical event from downtown Gouda, broadcast live by EO and RKK on Nederland 3, Radio 2 and internet. As a protest against the intention to build the centre of the skating world in Almere, the Icedôme, instead of Thialf, Van der Ploeg made the protest song Almere kolere together with cabaret artist Rients Gratama.

In December 2017 he played bridgeman van der Wal in the Sinterklaasjournaal.

As a creative artist and producer, Syb and De Kast will be coming to Fryslân Leeuwarden's special Cultural Capital Year this summer, 18 years after Simmertine 2018's new style. About the preservation and passing on of Frisian culture, nature and language. SimmerTime 2018 is organized by the Foundation Jou It Troch (JIT) of the singers Syb van der Ploeg and Piter Wilkens.

This travelling music theatre is played in a large circus tent. The ambiance of the 'Simmer 2000 reunion' returns in Heerenveen. Dokkum and Franeker. The line-up of 2000 is reinforced with young talents and a special guest.

It will be a real Frysk summer party in July and September 2018.

Hire or book Syb van der Ploeg is best done here via Showbird.
This act is suitable for event types:
Wedding Birthday Celebration / Jubileum Student party Sports event Business party Fair / Congres Opening Horeca line-up Festival Shopping / Market Holiday / Local feast
You have 1-on-1 contact with the artist
or his/her personal manager.
Do you have a question about this act?
Pose it in your request for the artist.

The artist is residing in Dokkum