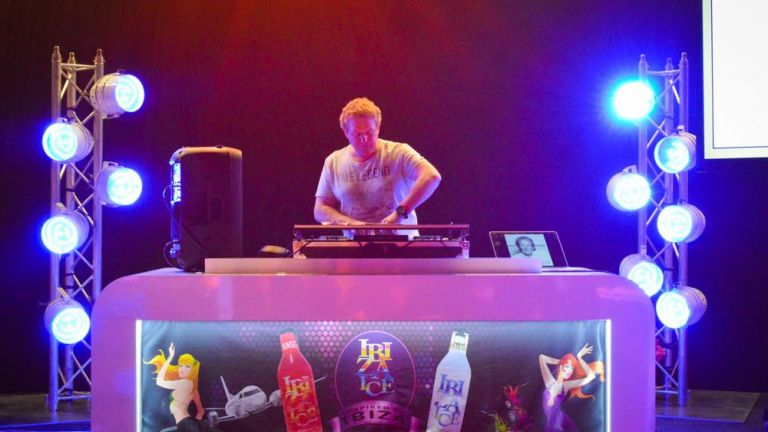 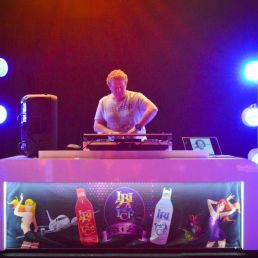 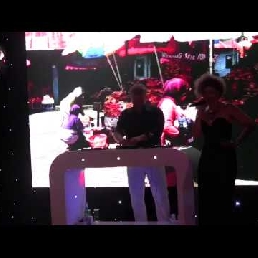 Enthusiastic DJ who will turn your network drink, company party or private party into a dazzling success. In consultation we determine the best structure. Specialized in (melodic/vocal) deep house, future house, ibiza house. Can also be combined with vocals and saxophone.

You're from Breda. Are you inspired by your fellow townsmen like Hardwell, Tiësto, Dannic, (W&W, R3HAB, Funkerman, Kill the Buzz, Suyano, Tommy Walker, Boris Smith)?
"Yes, of course I'm inspired by their success. It's fantastic to see how big the share is in the worldwide dance industry (in terms of dj-producer but also record labels) of the Netherlands in general and Breda in particular. Tiësto can really be called the founder of the EDM world. They have made the DJ scene more popular and bigger than anyone could ever have imagined. They deserve a statue in Breda."

Do you see these gentlemen as an example?
"No, not in the sense that I think I can copy their careers and styles. They are professionals who dived into it at a young age and have been able to devote their entire lives and professions to it. In addition, they are in a different style, the pure EDM music that the festivals and big clubs are asking for, and they do it top notch. But tastes differ. I like melodic vocal deep house or funky house more, a style where the music is made with real ("classical") instruments (like piano, bass guitar and saxophone), the vocals are more important than the drops but a good beat underneath to get everyone in the right mood. Musically I mainly follow talents like Sam Feldt, De Hofnar, Lost Frequencies, Gamber & Dadoni, Felix Jaehn. These are (still) relatively low in the DJ Mag top-100. A separate top-100 should actually be made for this"

Is there something in the water in Breda that makes DJ producers so talented?
"In Breda, the DJ scene is very much alive, it's also very stimulated. It's not for nothing that an initiative like 'House of DJ's' is getting off the ground here. As an explanation for the Breda success, the first factor often mentioned is that the big guys like Hardwell and Tiesto already had the chance to make a lot of running hours in Breda bars and discotheques at (or before) their sixteenth birthday. In addition, there is an enormous gun factor among the (Breda) among themselves. Nobody sees each other as a competitor, they help each other to make the scene even bigger. It happens regularly here in Breda that when one of the (also less known) deejays spins somewhere (even if only in a bar), Dannic spontaneously comes along. Or that Tiesto comes to the popular cafe Janssen to have a beer during a spontaneous party organized by Hardwell. Even though they travel all over the world, they prefer to be back in Breda. It is worth noting that there are so many deejays in Breda that it is difficult to get in the rearguard"

In your bio on Facebook it says that you think you started DJing way too late. How is this possible?
"I'm sorry, I don't have that many hours of running at a young age. In my early years, deejaying hardly existed and musical attention went to live playing bands (who knows Chic with the legendary Nile Rodgers who is always hired by Daft Punk). I played bass guitar myself in amateur cover bands. But it never made it to many gigs. I started deejaying on 45th and took my first lessons at the Pioneer DJ school. Although I was the oldest of the class, I found it very interesting and I try to take my skills a bit further every day. But that besides a busy job and a family with 4 kids. So I don't see myself spinning in every club in the middle of the night, but spinning in time at a fun party gives me a lot of satisfaction"

Do you have the same goal as, for example, one of your fellow townsfolk?
I certainly don't dare measure myself against internationally established top DJs. I am proud to be on the bill with them at Breda Dance Music. In my current phase I mainly focus on creating atmospheric mixes with perfect transitions between the tracks. My strength lies more in my musical sense of collecting songs that really fit together, which then neatly flow into each other in key where the result is more than the sum of the parts. I'm also a huge fan of adding live musicians to a deejay set. My dream is to have a dj band. So in a fixed formation with deep house beats as a base and live performance in a fixed formation with guitar, bass, saxophone and vocals. Like a band played on top of each other but with the constructive beats of a deejay.

If necessary, I can provide sound and light by myself at an additional charge

The artist is residing in BavelTravel expenses are based on your event location.

Throttle Money Maker - Club Edit
Do you have a question or wish regarding the repertoire? Mention it in your request.