Actor , Look-a-like
The artist is residing in Heinenoord 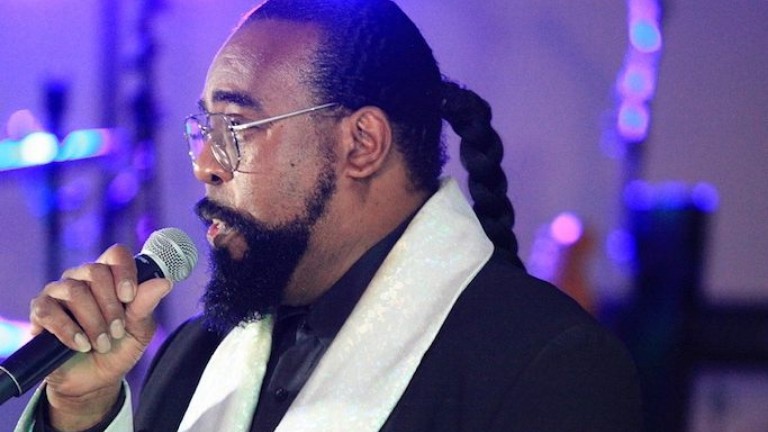 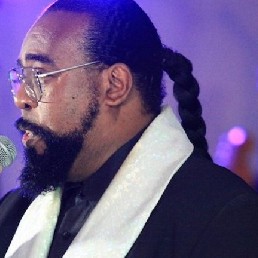 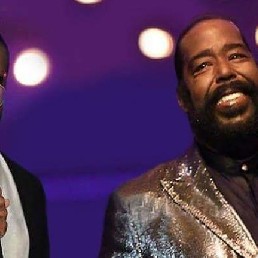 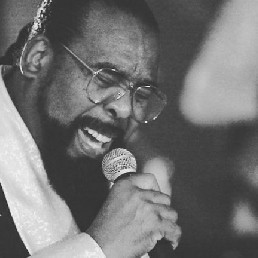 Celebrate your party with Sonny Bride, the Dutch Barry White lookalike! The star Barry White has sadly passed away, but with Sonny this great artist comes back to life. His voice, his charisma, his passion, Sonny has it all.

I'm Ramiro Benjamino Cathalina alias Sonny Bride, the Barry White lookalike. I was born on an early morning in Curacao on 9-12-1962, together with my twin sister Ramira Benjamina Cathalina. Already at a young age I loved music! In Curacao people often celebrate parties with Salsa and other Latin American music, so did my family. We all sang under a tree, and everyone was proud of my singing talent. I also sang in the children's choir of the local church. As I grew up I discovered soul. At that time I was a big fan of Lionel Richie, I knew all his songs by heart. In 1985 I came to the Netherlands for my studies and I worked as a plasterer until 2005. In my spare time I regularly sang soul covers at parties of friends and family. In 2005 I founded my own company in security. I met a lot of people and I heard more and more that I looked like Barry White! At that time I didn't do anything with that, but I started listening to his music more often. Until one certain carnival day in Eindhoven, in 2009. During my work as a bouncer at the Irish pub O'Sheas, the bardame came to pick me up at the door. I thought there were problems, and I came in with an attitude of: ok, who should I throw out? Then all of a sudden I got a microphone pushed into my hands by the pub owner. He put on Barry White's song 'My First My Last'... and I started singing. That was the very first time I sang a song by Barry. People liked it, I had a few fans right away! Afterwards someone from the audience came up to me and offered to help me become the Dutch Barry White lookalike. I took singing lessons and I studied the artist Barry White extensively. My first official performance as Barry White lookalike was at a garden party of a colleague. It scared the hell out of me, but it tasted like more! Soon more gigs followed, and my first big gig was in 2012 at Paradiso in Amsterdam. I'm still taking singing lessons and I always strive to improve myself again and again. Meanwhile I perform weekly at home and abroad and I hope I can do this work for a long time to come!

Hire or book Barry White Look a Like is best done here via Showbird.
This act is suitable for event types:
Birthday Celebration / Jubileum Student party Sports event Business party Opening Horeca line-up Festival Shopping / Market Holiday / Local feast
You have 1-on-1 contact with the artist
or his/her personal manager.
Do you have a question about this act?
Pose it in your request for the artist.