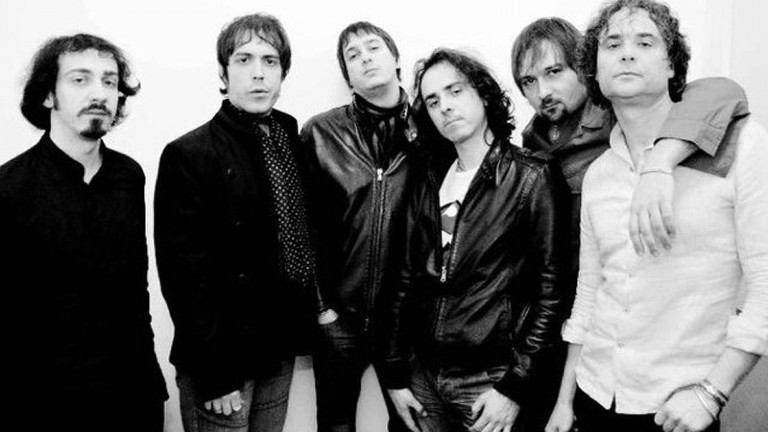 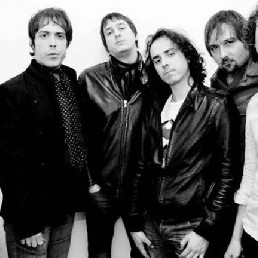 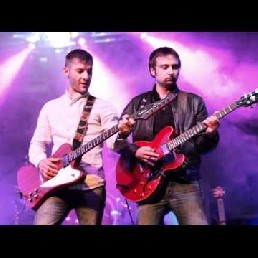 Best Italian Oasis Tribute Band. Faithfully recreates the sound and look of the Band, thanks to the great attitude of 5 roman "lads", gained over the years thanks to many collaborations in the Brit pop Italian scene.

Morning Glory range widely through the discography and live versions of the most significant songs by OASIS, without neglecting the fans', and "Med fer it", much beloved b-sides.

- The leader Paolo Giunta, passionate follower of the musical phenomenon known as "Madchester", plays Liam Gallagher with all its arrogance, and irritating static presence. His passion for the character was born since the release of "Definitely Maybe" in 1994, when the Mancunian Band literally exploded in the Uk, but was still part of the alternative rock scene in the rest of Europe; and that took him to meet Liam, several times, both on some of the European tour dates, and at his London home.

- Sandro Sanchini, guitarist, is beside Mr. Giunta as Noel Gallagher, with all his british coolness.
In his guitars collection there is obviously the "Supernova", a "Les Paul" and a "Gibson 335", among the most used by the songwriter and mastermind of Oasis.

-The line up is completed by Max Bossi, who boasts collaborations at European level and plays a "Firebird" in perfect Gem Archer style.

-Max Marraccini, the drummer, in his CV are listed collaborations with Irish sisters, The Corrs, among others, for which he played in the 1998 MTV European Music Awards held in Dublin and on their MTV Unplugged album of the same year.

Hire or book Morning Glory is best done here via Showbird.
This act is suitable for event types:
Wedding Birthday Celebration / Jubileum Student party Sports event Business party Fair / Congres Opening Horeca line-up Festival Shopping / Market Holiday / Local feast
You have 1-on-1 contact with the artist
or his/her personal manager.
Do you have a question about this act?
Pose it in your request for the artist.