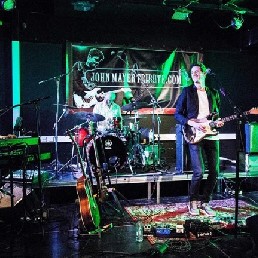 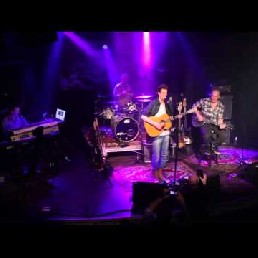 American singer-songwriter John Mayer, who made his breakthrough in 2001, has made a number of successful albums with beautiful songs.
He has also proven to be a great musician. With his unique voice and virtuoso guitar playing he and his band guarantee a dazzling musical live show' The genre of the singer-songwriter cannot be expressed in one term. Blues, pop, country and Americana lovers will get their money's worth'
If you listen to John Mayer's albums, you'll notice that he's extremely diverse'
The John Mayer Tribute band plays the music of John Mayer with full conviction and passion and takes you along in such a musical live show!

The band has come together because of John Mayer's love of music'
Frontman Ruud Schouten has been playing and singing John Mayer's songs ever since he just made his breakthrough in the Netherlands. He takes on the role of John Mayer. Partly because of the music of John Mayer and his fantastic guitar playing, he has started a conservatory and has completed it positively'
Zjon de Bruin, the initiator of the band, plays the bass guitar within the John Mayer Tribute. He gets his inspiration from bass players like Pino Palladino and David Labruyere, both bass players who play with John Mayer, so that's all right. A steady groove belongs to the music of John Mayer. Drummer Bob Philipse takes care of that. At the conservatory in Groningen he learned the tricks of the trade and has been a professional musician for years. Keyboardist Patrick Rus complements these musicians excellently and knows musically exactly where he can colour to bring John Mayer's songs as beautifully as possible'

Hire or book John Mayer Tribute is best done here via Showbird.
This act is suitable for event types:
Wedding Birthday Celebration / Jubileum Student party Sports event Business party Fair / Congres Opening Horeca line-up Festival Shopping / Market Holiday / Local feast
You have 1-on-1 contact with the artist
or his/her personal manager.
Do you have a question about this act?
Pose it in your request for the artist.