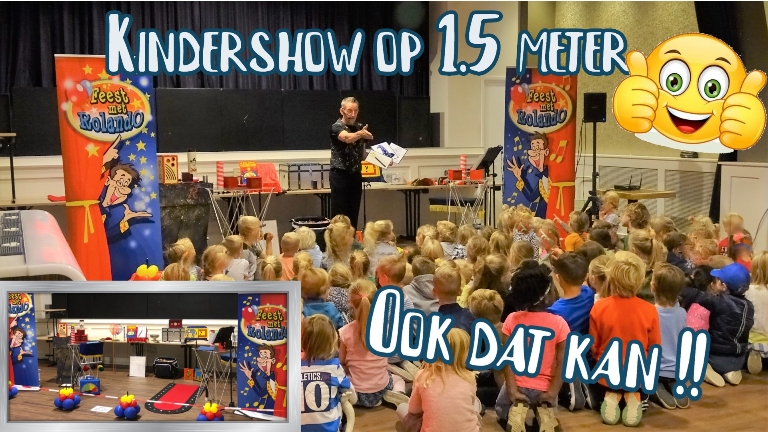 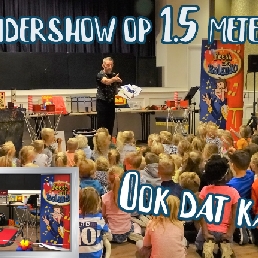 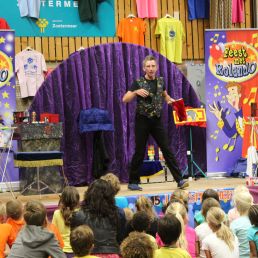 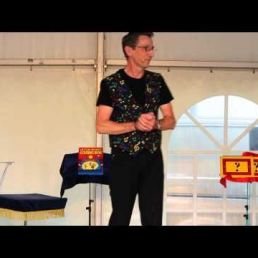 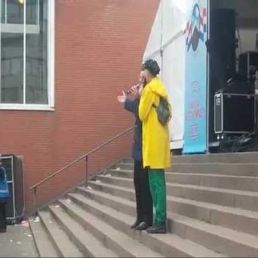 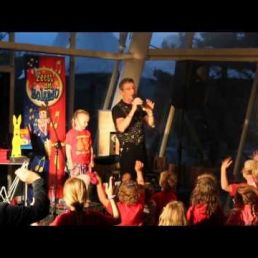 Entertainment, conviviality and magical moments!
That's what Rolando is known for.
It's not for nothing "Party with Rolando"!

Because Rolando likes to perform, he adapted his shows to be able to give a party in Corona time. But for the number of people which is determined by the guidelines of the RIVM. Everything is different now and that also applies to the children's shows of Rolando. The interaction remains almost the same, only in a different way than you are used to from him. So if you have another party later on, be sure to contact him

It doesn't matter whether it's for large or small audiences
The trick is to amaze the audience over and over again
For him, it is a challenge to transform new ideas into a dazzling show, so that you are assured of quality

The show is best for the age of 4 to 10 years
It is an interactive show where Rolando goes into action with children and parents.
With the combination of songs and magic tricks he involves everyone.
Nice when you see that parents sing along just as loud as the children

Rolando is a magician, at least that's what he thinks.
Only he needs the children very badly to get everything in order.
And of course they think it's great to be able to help.
Also the songs in this children's show are effortlessly sung along, Rolando takes care of that with his enthusiasm.

Gert Jan v.d. Ende (of Ernst, Bobbie and the rest) is his mentor and coach.
Together they write the songs and invent new characters.
Like the Haagse Balloonboer with Stick and the PDD-Nos show.

For some companies and families he has been performing for more than 10 years.
That says something about the trust they have in him

His PDD-Nos show is his newest addition and can be called unique !
Why this is so you can read better on his website

If you'd like to know more, he'll be happy to talk to you.

The artist is residing in AstenTravel expenses are based on your event location.