Singer (male) , Dutch
The artist is residing in Tilburg 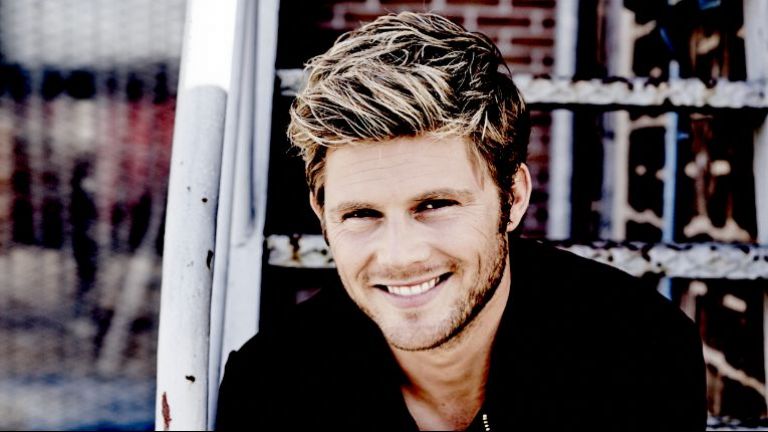 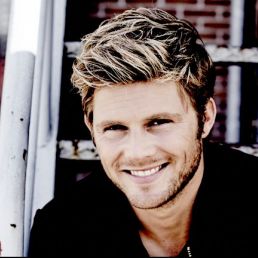 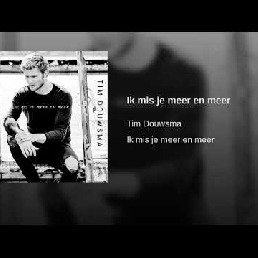 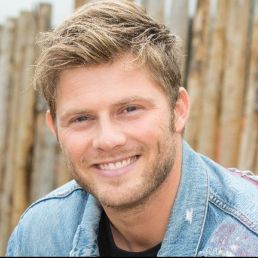 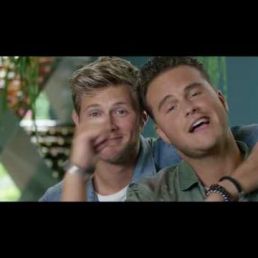 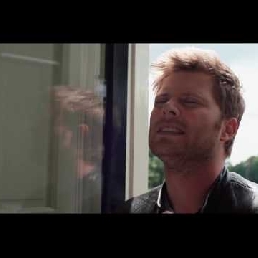 Tim Douwsma has become an integral part of Dutch showbiz! With his enthusiastic performance and musical talent he gets every audience in a cheerful party mood. Make your party or event a success and book Tim Douwsma via Showbird!

A cheerful performance full of interaction with the audience and a high entertainment level, that's a performance by Tim Douwsma. Uptempo songs such as "A summer evening with you", "I miss you more and more" and "You are heaven" will pass by. Tim sings his own songs as well as covers and is an entertainer in heart and soul. He always conquers the hearts of his audience with his many talents.

The given price includes sound system and excludes 7% BUMA costs (if applicable). Leave your specific wishes in a non-binding request.

Since Tim Douwsma participated in 'So You Wanna Be A Popstar' in 2007, it has been impossible to imagine the Dutch entertainment world without him. In 2009 he recorded his first own single and the song "Wil je bij me Blijf Slapen" was the beginning of his career. That the Frisian Tim Douwsma is a jack-of-all-trades becomes clear when, two years later, he can be seen in the movie 'De hel van '63', presents the TV program Karaoke Kids and releases various successful singles. The song "One Summer Night With You" that he released together with Monique Smit was also a success and ended high in the Dutch Single Top 100. His career took off and in 2012 Tim reached the finals of the National Song Festival

In 2014 Tim can be seen as the new presenter of the TV program AVRO Junior Dance. In the same year, when he was awarded the points for the Eurovision Song Contest on behalf of the Netherlands, Tim became known throughout Europe. Via social media the reactions about this 'Dutch Hot Guy' are flooding in

Tim is named Best Youth Presenter by Televizier in 2015. But 2015 is the year of many more successes. He shows that besides singing, acting and presenting he has even more up his sleeve and plays the lead role of Danny Zuko in the musical Grease. He can also be seen in the TV program Expedition Robinson and presents the children's program CupCakeCup

In the years that follow, Tim can be seen everywhere on TV. In 2016 he plays in the RTL series 'Nieuw Tijden', presents the TV show 'New Musical Star' and together with Nicolette van Dam the program 'The Next Boy/Girl Band'. In 2019 Tim releases the single 'Fryslan', an ode to his birth province. He can also be seen on TV for weeks in the program 'The Masked Singer'. Dressed as a rhino he is only unmasked in the last episode. The song "Someone You Loved" which he sang in the final, is released as a single

Do you want to make a big success of your party or event? Tim Douwsma can easily be booked through Showbird!

Hire or book Tim Douwsma is best done here via Showbird.
This act is suitable for event types:
Wedding Birthday Celebration / Jubileum Student party Sports event Funeral Business party Reception Fair / Congres Opening Horeca line-up Festival Shopping / Market Holiday / Local feast
You have 1-on-1 contact with the artist
or his/her personal manager.
Do you have a question about this act?
Pose it in your request for the artist.

The artist is residing in Tilburg