Actor , Living statue
The artist is residing in Nijmegen 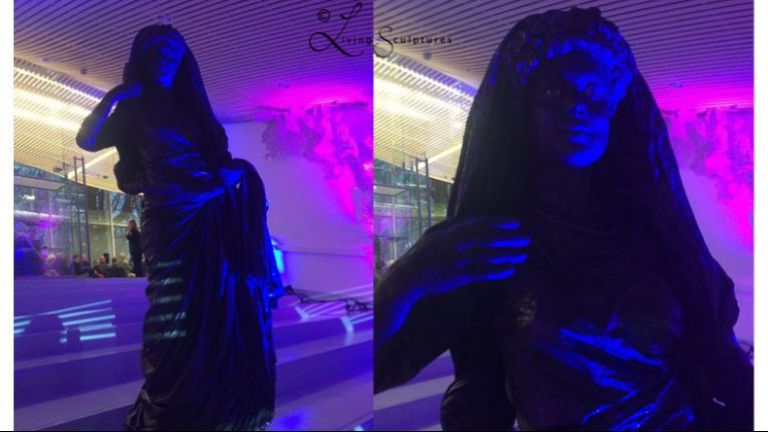 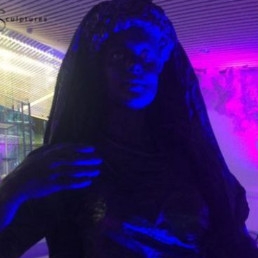 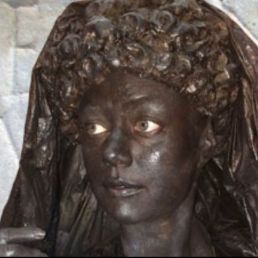 This living statue uses her body to delight guests: With her bronze but supple drapery she puts her body in extreme positions, flirts in the meantime and keeps a sharp eye on things. All with the charm of a true empress. It's best to bend down for a moment.

This act was commissioned by Museum Het Valkhof, Nijmegen, where the world famous statue 'Agrippina' was exhibited in April 2015. She was one of the most powerful women the Roman Empire has known: direct descendant of Emperor Augustus, adopted granddaughter of Emperor Tiberius, sister of Emperor Caligula, wife of Emperor Claudius, mother of Emperor Nero. An ambitious, intelligent woman, with knowledge of the political game and great influence in front of and behind the scenes. Often described in literature as ruthless, manipulative, shrewd, power-hungry, dominant, and knew how to use her body to gain influence.

The act is performed on a pedestal.

This living statue will appear 3x40 minutes within a time frame of 4 hours.

Hire or book Agrippina is best done here via Showbird.
This act is suitable for event types:
Fair / Congres Festival Shopping / Market Holiday / Local feast
You have 1-on-1 contact with the artist
or his/her personal manager.
Do you have a question about this act?
Pose it in your request for the artist.