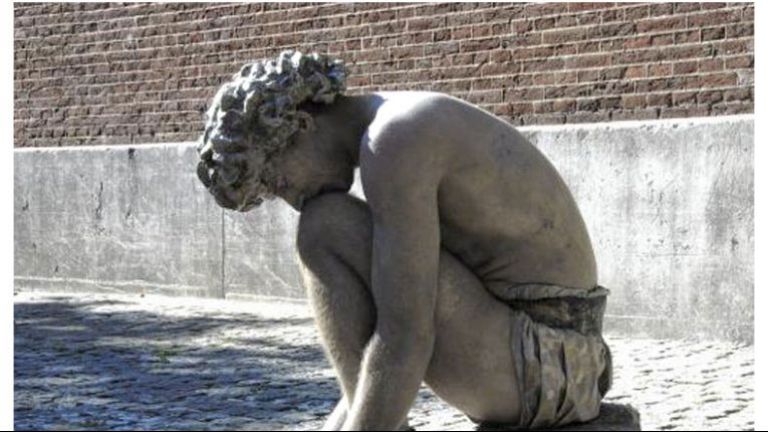 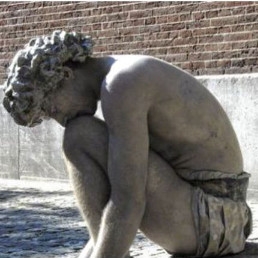 In its broadest sense, this image can represent the defeated loner. The suffering, not so much physical as emotional, resulting from the tragedy of the Renaissance. Book the living statue the Crouching Boy now via ShowBird!

Relieved, the audience can see the image throw off this heaviness when it squeezes into itself impossible acrobatic poses, stretches its legs and considers the world upside down.

This living statue will play 3x40 minutes within a time frame of 4 hours.

Hire or book Crouching Boy is best done here via Showbird.
This act is suitable for event types:
Fair / Congres Festival Shopping / Market Holiday / Local feast
You have 1-on-1 contact with the artist
or his/her personal manager.
Do you have a question about this act?
Pose it in your request for the artist.